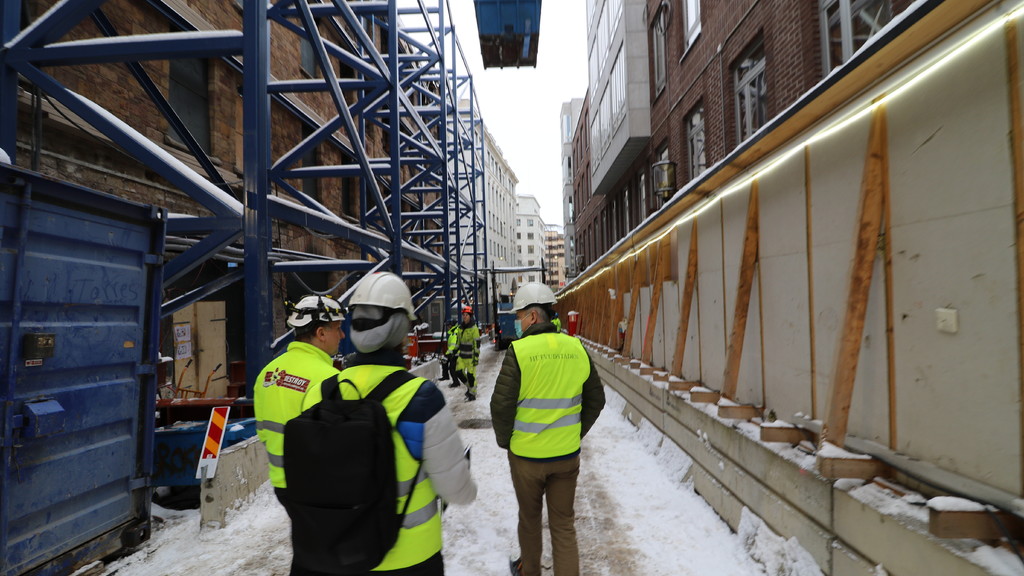 Back in 2017, a fire broke out in the cultural-historical building Vildmannen 7 in Stockholm, Sweden. The building is now being reconstructed and the company Destroy are responsible for the demolishing. PDa magazine recently spoke with Destory’s production manager Niclas Gustavsson.

The Vildmannen 7 (“The Wild Man 7”) building was constructed between 1895 and 1897, based on drawings by Erik Josepson, a well-known Stockholm architect. The building is known for its unique façade embellished with flowers and animals, as well as for its construction material Roslagen sandstone, which was also used when building the Royal Palace. The Stockholm City Museum have given Vildmannen 7 a “blue marking,” the highest category for cultural-historical buildings in the city.

In 2017, the property was damaged in a great fire, which destroyed the interior of the building. Fortunately, it was possible to save the 120-year-old stone façade, and the property owner Hufvudstaden will now rebuild the interior of the building. Before construction can begin, the remains of the burnt interior needed to be transported and demolished. For this job, they have hired Destroy, a demolition contractor based in nearby Skogås. Founded in 1995, Destroy has experience in working with larger projects. Still, Gustavsson says Vildmannen 7 was out of the ordinary.

“It is the first time I’ve ever done anything like this,” Gustavsson says when we meet him at the jobsite. At this point, Destroy have already demolished the entire interior, with the façade being the only thing remaining, standing like a high wall around us. Interestingly enough, preserving the façade of a demolished building is not the only unique aspect of this project.

On the worksite, we meet a scuba diver—an unusual sight until you consider that the basement floor of the new building will have a higher ceiling height than its predecessor. To do this, a new concrete foundation has to be cast 5 ft (1.5m) deeper into the ground, below the ground water. The casting process is carried out using the same technique as with the casting of bridge abutments and will be carried out until the summer of 2021.

“It is very important that the ground water remains unchanged, otherwise the whole wall can fall,”Gustavsson says, hence the need for the scuba diver. The underwater casting is carried out by a specialized underwater contractor. Nearby, Destroy’s workers are demolishing the old, remaining concrete foundation with the help of diamond tools. Destroy’s working process can be divided into five parts—clearing, demolishing, heavy-duty demolishing, basement demolishing, and work with the concrete foundation. In the initial phase, it was important to empty the area of material that has been damaged by the fire. Jackposts and rubbish chutes made it possible to securely transport all of the debris. The next step was advanced demolishing work which had to be carried out in several steps. For example, the floor structures were connected to the façade, which means that they had to be removed carefully without damaging the parts that were to be preserved.

“When we’d cleared the interior it was time to start reinforcing the façade,” says Gustavsson.

The façade was reinforced with a new foundation where piles were drilled through the existing dry stone and down to solid rock. Other stages included sawing of a slot as well as replacement of trusses which had been put up to carry the façade right after the fire. In total, 15 people have participated in the demolishing work which has included a combination of mechanical demolishing and demolishing with reciprocating saws. They have used the Brokk 100 and Brokk 160 demolition robots, a 14t Doosan excavator, and reciprocating saws and other equipment from Hilti. As with all larger demolishing jobs, several tons of debris which has to be removed.

“It has mainly been bricks and beams damaged by fire,” Gustavsson says. “Apart from that, we have sent mixed demolition remains such as metal, asbestos, “blåbetong” [a type of autoclaved aerated concrete] and granite rock and boulders to the landfill.”

When the foundation work is done, the workers begin the process of constructing a concrete frame cast on location, so that the new internal parts can begin to take shape. The new Vildmannen 7, complete with four floors and basement, is expected to be completed in early 2023, with room for shops, restaurants, offices, and residences. 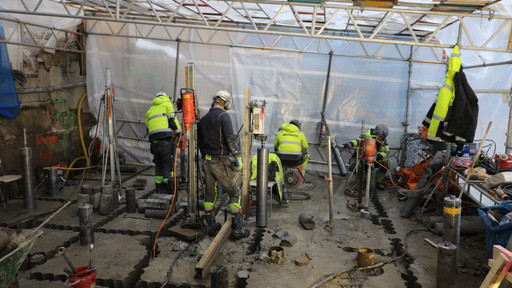 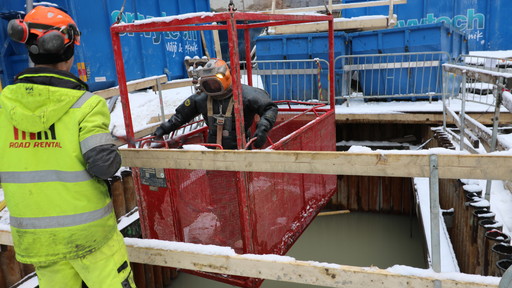 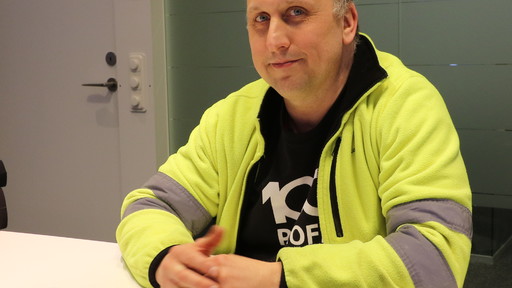 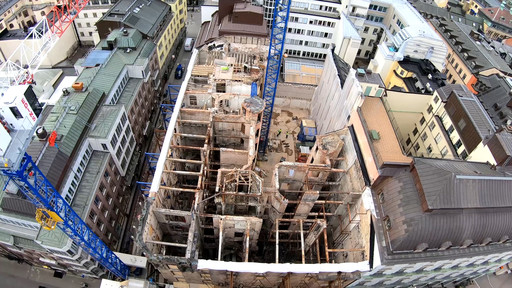 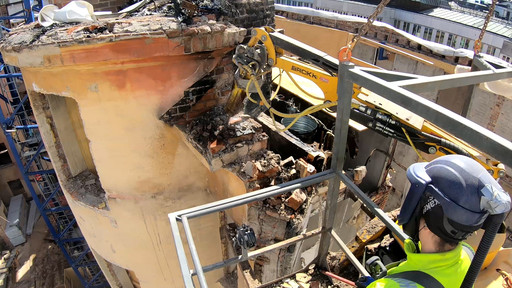 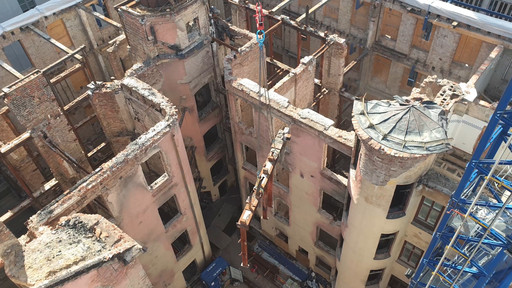 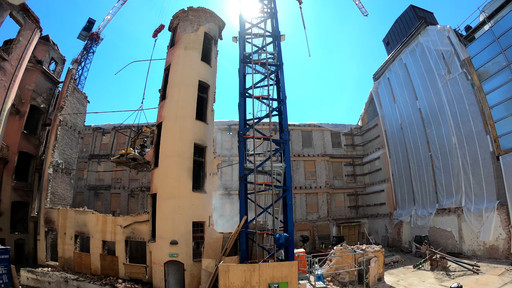 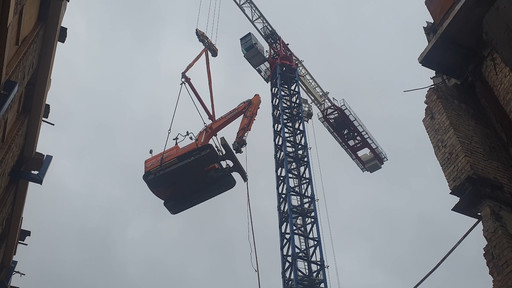 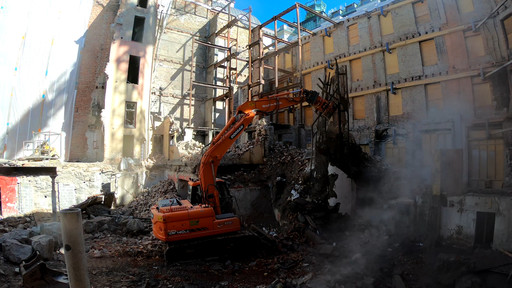 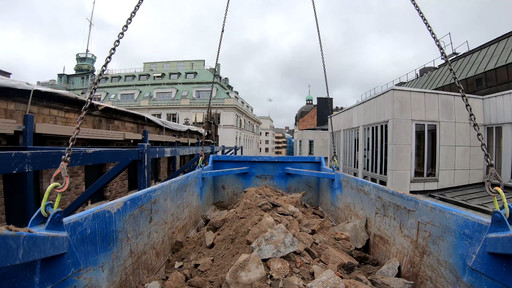 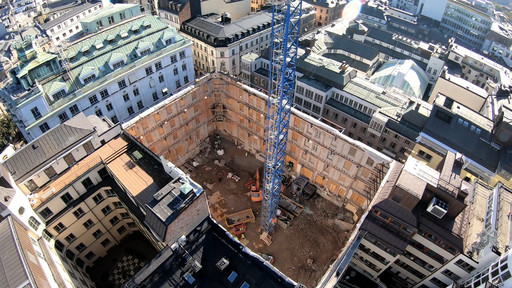 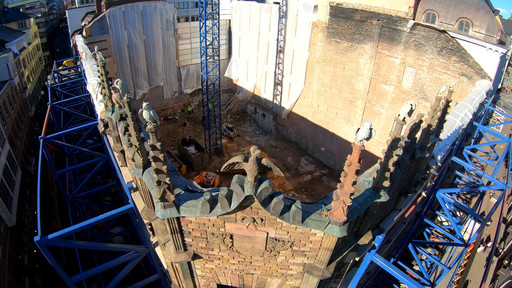