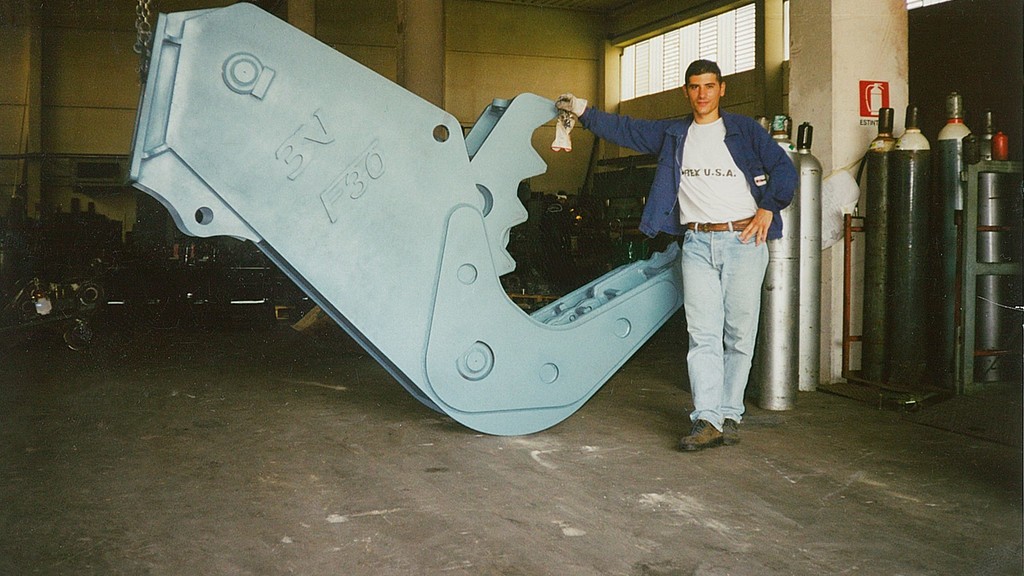 It all started in Italy in the early 1990s when a father and his three sons laid the foundation of what today is Trevi Benne S.p.A., a major producer of hydraulic attachments with 80% of its business coming from exports.

Italy excels at being a large producer of excavator attachments and also a strong producer of attachments for demolition, sorting, scrap handling and recycling tasks. One of PDa Magazine’s oldest advertisers, and one that the magazine has reported on many times, is Trevi Benne, located in Noventa Vicentina in Northern Italy.

Although Trevi Benne is a year away from its 30th anniversary in business, it still has the pioneer attitude of a young and vibrant company, eager to develop and find new revolutionary attachment solutions for its clients. Still family-owned, the company is led by CEO Luca Vaccaro and managing director Michele Botton. The company has currently 105 employees, consisting of 29 people in management, sales, marketing, and administration; 62 in R&D and production; eight in purchasing and quality control; and six working with logistics, spare parts, and warehousing.

Trevi Benne started out in 1992 with only 10 employees, including the founder and his three sons, working from a total production area of 29,000 ft2 (2,700m2). Since then, the company’s commercial, technical and production facilities have grown tenfold, with more than 80% of its production is exported to dozens of different countries.

The production department consists of 16 work stations for demolition and recycling attachments, and 20 work stations for bucket production. The majority of the components are produced in-house, but some parts are produced by eight nearby satellite partners. Annually Trevi Benne produces approximately 5,500 buckets and attachments and 1,200 demolition and recycling attachments. Plans are now underway to expand production space by another 21,500 ft2 (2,000m2).

Everything started with the construction of Trevi Benne’s first digging and loading buckets for excavators, and quick coupling systems for buckets and equipment for loaders. Trevi Benne even received an award at the SaMoTer show in 1993 for its self-locking quick coupling system for excavators, and the invention and patent for the first BVR screening bucket in 1994. In the same year, the first demolition attachments were developed and manufactured.

The company has grown and developed greatly since its beginning however.

“Many problems emerged in the realization of the first models,” explains Trevi Benne marketing manager Christian Tadiotto, who has been with the company since 1997. Above all, he adds, is the inability to purchase the correct wear resistant materials and the lack of knowledge of the behavior of the materials themselves in the actual demolition phase.

“Then, we can add inexperience in design, in the study of kinematics, in calculations of resistance of materials to the stresses of demolition and the difficulty of finding reliable components,” Tadiotto says. “All these factors made our first approach to the world of demolition complicated. It was only in 1996 that the company, with three years of experience, not only in production but also going out personally on the field, began a near standard production of the first primary demolition crushers, and the first stationary and rotating pulverizers.”

After some hard years at the beginning, things started to develop faster and faster. The product range was built on and expanded continuously. Today, production is split in two main categories. Category 1 is attachments for demolition, recycling, handling, metal cutting, and forestry. Category 2 is composed of attachments for earthmoving, including excavator and loader buckets, quick couplers, and heavy-duty buckets for the mining segment.

“For the line of demolition and recycling attachments, we have 26 complete series of attachments with a total of 170 different models,” says Tadiotto.

Buckets for excavators and loaders, quick couplers and in general all equipment for earthmoving machines, are classified into different classes referring to the weight of the operating machine, although there is no real standard product from Trevi Benne. Each type of bucket and various other equipment can be customized, using different components and materials according to the user’s requests and needs. With a catalog of more 120 pages, and more than 5,500 buckets produced per year, it is obviously difficult to determine the right number of models.

“We can only say that from a mini excavator of 1.5 tons to the 500-ton mining excavator, we can produce everything,” explains Tadiotto.

Producing what the customer needs

Trevi Benne is a manufacturer that builds what the customer needs, with there being many bespoke attachments built over the years. Custom production represents some 20% of the company’s sales.

“We are not series builders and we do not have an organized production process for repetitive serial production,” Tadiotto says. “However, thanks to our efficient warehouse management and the interchangeability of some standard components, for example the rotation units for the demolition and recycling attachments, teeth, bored adapter plate, and cylinders, we can optimize production and manage almost in a standard way many parts of the equipment.”

One of the most ambitious projects completed was the construction of the HC 250 primary crusher weighing 27.5t, the biggest ever and a project Tadiotto calls “a huge challenge from every point of view. From receipt of an informal request in November 2017 to delivery in August 2018, the project passing through meetings with engineers, preliminary projects, estimates, and order confirmation. All this having to strictly comply with four specific customer requests—a weight should be suitable for a customized 300t excavator, a high penetration jaw profile without blades, a jaw opening of 10 ft (3m) and tip force of more than 400 tons.

“I have never seen something like it,” says Tadiotto.

Trevi Benne’s responsiveness and ability to listen to client needs has helped a lot over the years. A clear sign of that is the strong growth rate experienced over the years. Owing to the pandemic-forced six-week factory closure, revenue dipped in 2020. Still, Trevi Benne managed to reach a prestigious record by delivering its 10,000th concrete pulverizer.

The company’s network of approximately 00 exclusive dealers target demolition and recycling customers, scrap yard companies, rental companies, building and construction contractors, and customers in the mining and quarry businesses. The goal now is to consolidate and strengthen the Trevi Benne brand.

“It is equally clear that with the current coronavirus situation it is complicated to make strategies, budgets and medium- and long-term plans, says Tadiotto. “The absence of trade shows and the inability to move freely to work and visit customers and distributors complicates the normal business relationship and the interaction that is always created by a real and not virtual visit.”

After a year where the professional sales work mainly has consisted of numerous webinars, video talks, video conferences, etc., Tadiotto and his colleagues are waiting to take up travelling and meet customers in real life again. He is also waiting for when the exhibitions will open up their doors again. He has wonderful memories of the last exhibition he attended, Conexpo in Las Vegas, March 2020. After that everything was locked down.

Tadiotto is very optimistic about the market when the pandemic has been conquered.

“I always think that after a period of difficulty, deprivation or suffering, there is the desire and an immeasurable will to get to work and to restart again,” he says. “I believe the market will react positively, companies will return to investing, major demolition and redevelopment works will finally be started or restarted. I am very optimistic about the future for us as company and the industry as whole.”

The question does arise about competition from other manufacturers, and how it may have been changed by the pandemic.

“Competition itself is not a bad thing; It is almost part of the market equation,” Tadiotto says. “The competition often pushes you to want to improve your product, to look for alternative solutions, different approaches to make yourself more visible and attractive to the buyer. We produce niche products and the competition is often very fierce and aggressive. In Italy there are really many manufacturers of crushers, hydraulic hammers, buckets, and equipment for excavators. Many of them have important corporate structures, well-structured sales networks and high management costs; and then there are many companies almost at an artisanal level. Fortunately, price is not always the main discriminant when doing business.”

Tadiotto adds that in the demolition profession, anyone who buys demolition equipment knows exactly what he or she wants.

“In our world, the user is truly an expert and often knows more than us how the attachment should work,” he says. “When our customers buy, they do so not only by looking at the price but by evaluating the technical characteristics, technology and obviously the brand.” 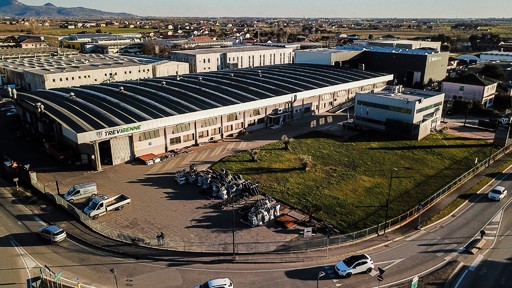 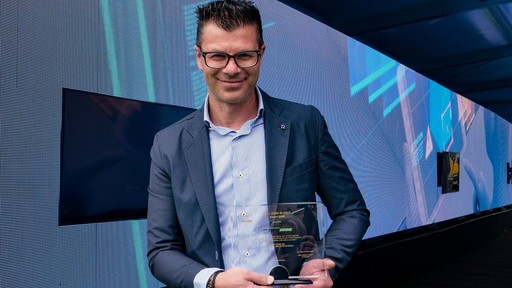 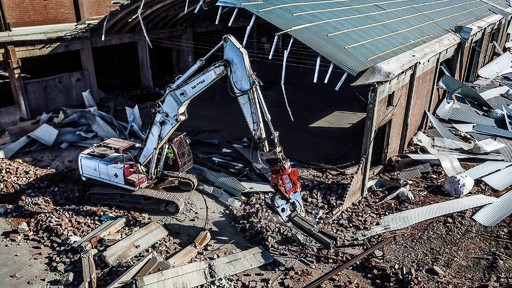 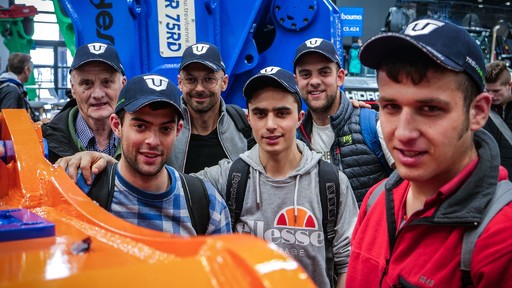 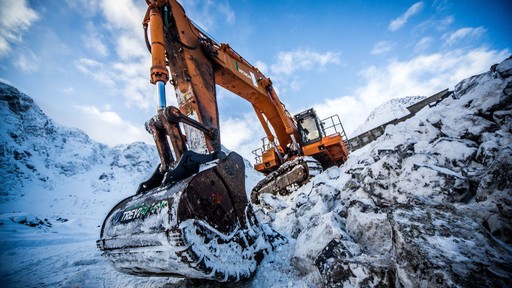 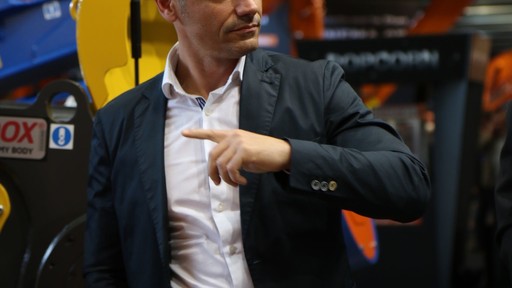 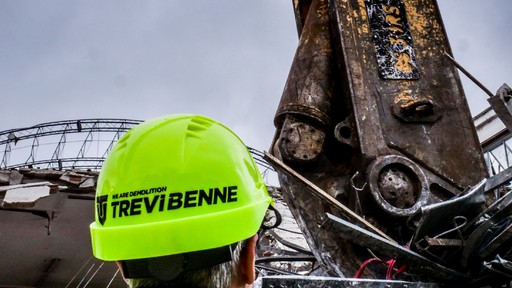 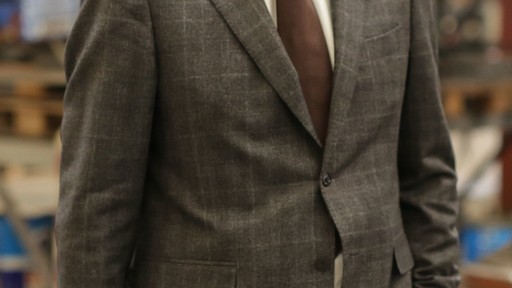 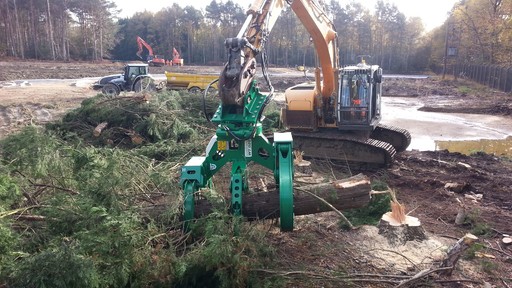 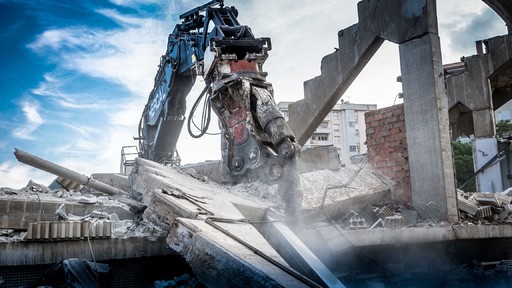