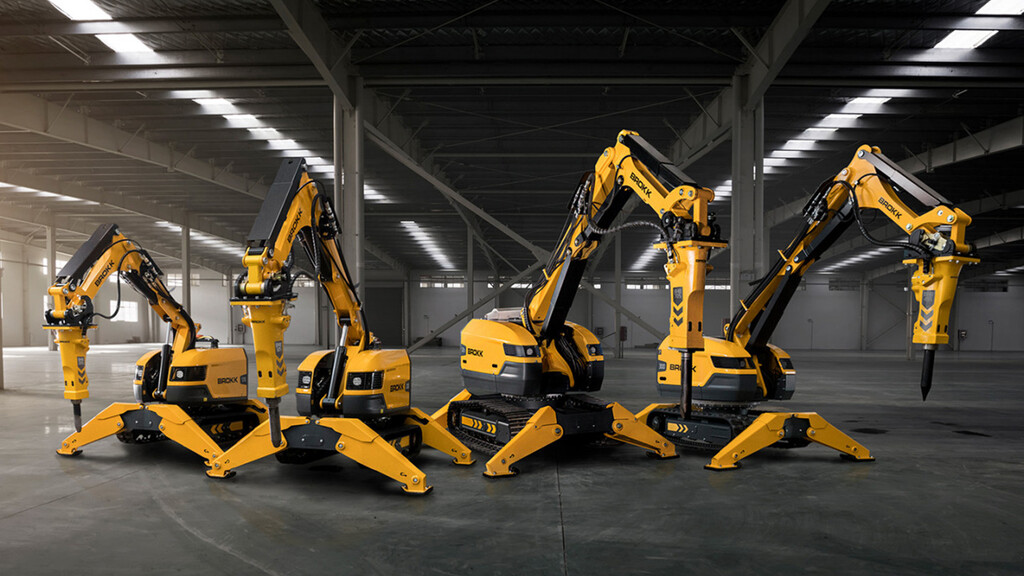 The Rise of the Demolition Robot

It all began in Sweden, a country with manufacturers still dominating the market. But over the years there has also been other brands and still are.

The history of the remote-controlled demolition robot has over the years been rather well documented even though many of those how worked in this industry when all started is not with us anymore. Here is a brief story over how everything started and where we are today.

The history of demolition robot techniques dates back to 1976 in the small Swedish town of Skellefteå. A contractor needed a smart machine to remove refractory from a kiln in a nearby smelting plant. To companies in conjunction, PE Holmgren and the demolition contractor Rivteknik, owned by Börje Hedlund, developed a remote-controlled machine and called it initially MiniMax. The machine was named Brokk, after blacksmith of Norse legends.

The small wheel-driven robot got extremely popular among Swedish concrete sawing, drilling, and demolition contractors, and found applications in the construction, process, nuclear, and cement industries.

For over a decade Holmhed System and its Brokk where the only existing brand on the market and the products was exported to other markets like the US. The product’s great breakthrough came in 1983, when it was used in the renovation project of the Holland Tunnel in New York City. In the late 1980s, Holmhed Systems got competition from a new Swedish brand invented by Bert Håkansson in the Swedish village of Själevad. The product was called DMX Maskin. The development and the manufacturing of the machine was in 1994 taken over by the Thordab company in the nearby city of Örnsköldsvik. In 1997 the Thordab brand of demolition robots were acquired by Holmhed Systems. The following year, Holmhed Systems changed its name to Brokk.

For decades, Brokk had very little competition from other manufacturers. That would change when the company terminated its distribution agreement with Schweden Maschinen, which had been selling Brokk machines to various industries in central Europe.

About the same time, Brokk’s dealer in Hong Kong, HD Engineering, began to develop its own heavy-duty demolition robots. The first model was released in 2011 at World of Concrete in Las Vegas. However, the production was terminated some years ago.

In 2006 the Finish company Finmac Demolition Oy was founded. The next year, the first Finmac demolition robot—the F 16—was sold through the Swedish dealer Atmos to the Swedish demolition and concrete cutting contractor MSF Håltagning. Manufacturing and sales increased over some years and more models where added. Finmac even made a branded version for US Stanley La Bounty.

Being a small company, however, Finmac found it hard to compete with Brokk. In 2011, Finmac was sold to the Finnish manufacturer Avant Tecno, which subsequently released an updated version of the Finmac. Production of that robot has since been terminated.

There have been a number of attempts to take up the competition with the Brokk brand, but it is obviously a difficult challenge. So far, the only manufacturer that has succeeded to some extent is Husqvarna Construction Products when they released their first series of the DXR robots in 2009.

As Husqvarna sell a big variety of machines and tools to the professional demolition and concrete cutting contractors, they have taken market shares in the midsize segment of demolition robots. However, the whole demolition robot sector has grown a lot during the last decade creating more applications for demolition robot use so there are plenty of room for the existing robot manufacturers.

Over the years, a few other companies have tried their hand at producing remote controlled demolition robots. The Norwegian company Hansen Engineering in Lillehammar launched the RC950 in 2006, but ceased production after a few years.

The Chinese hydraulic breaker Giant Breaker launched a demolition robot series around 2010. To the best of our knowledge, Giant Breaker robots are still in production, but only for the Chinese market. There are three other Chinese demolition robot manufacturers-- Won, Aolai, and Robot, the latter of which has five models—the 100D, 170, 200, 300, and 520D.

In 2016, German manufacturer Kiesel Technology and Development Company (K-TEG) launched their KMD-RDC22 robot for demolition in confined and hot spaces. That same year, US manufacturer Alpine introduced the Alpine RDC, believed to be based on the robot from Kiesel. The robot is still in production. The following year, Spanish manufacturer Euro Implementos announced the launch of three models—RDC22, RDC22M-D, and RDC 15.10.

That is more or less it in terms of demolition robot brands that the market has been facing since Brokk invented the first model in 1976. What more is to come? The use of remote-controlled demolition robots is still a very narrow sector. If the market would have been larger, it is likely that some of the large manufacturers of mini excavators and compact loaders would have invested in this sector.

But developing demolition robot techniques are very difficult, time consuming, and challenging. And it takes lot of knowledge. It is believed that large manufacturers choose not to invest in the industry as the market is too small for such a large investment. But with the fast development of the demolition robot sector that we are experiencing today, who knows what will happen? 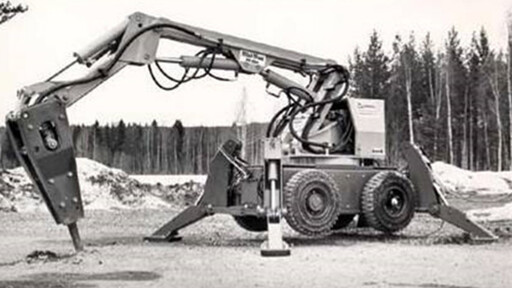 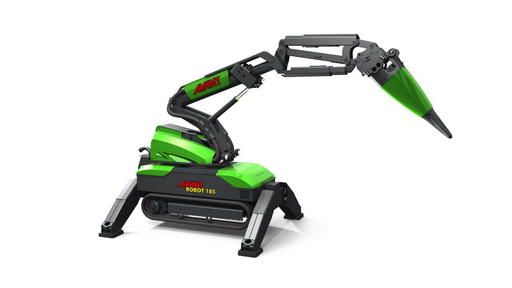 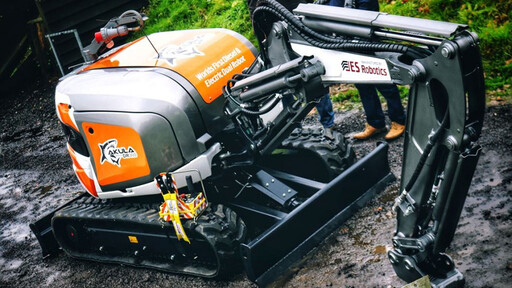 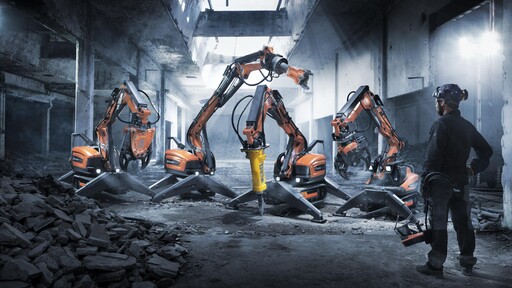 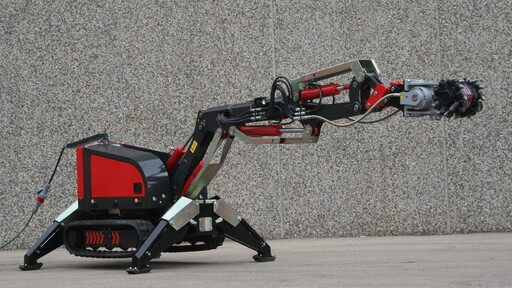 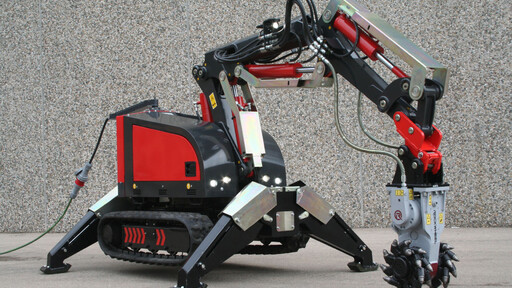 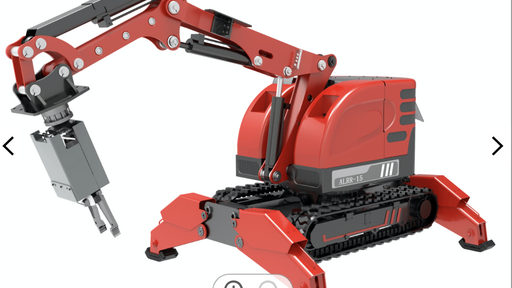 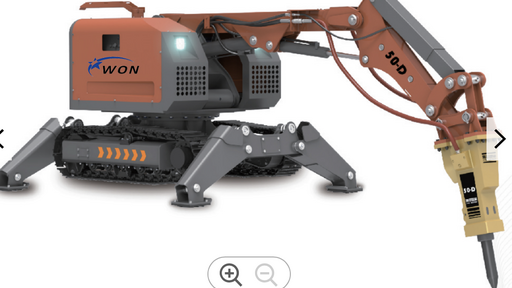 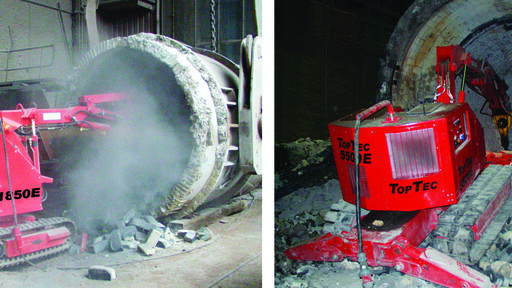