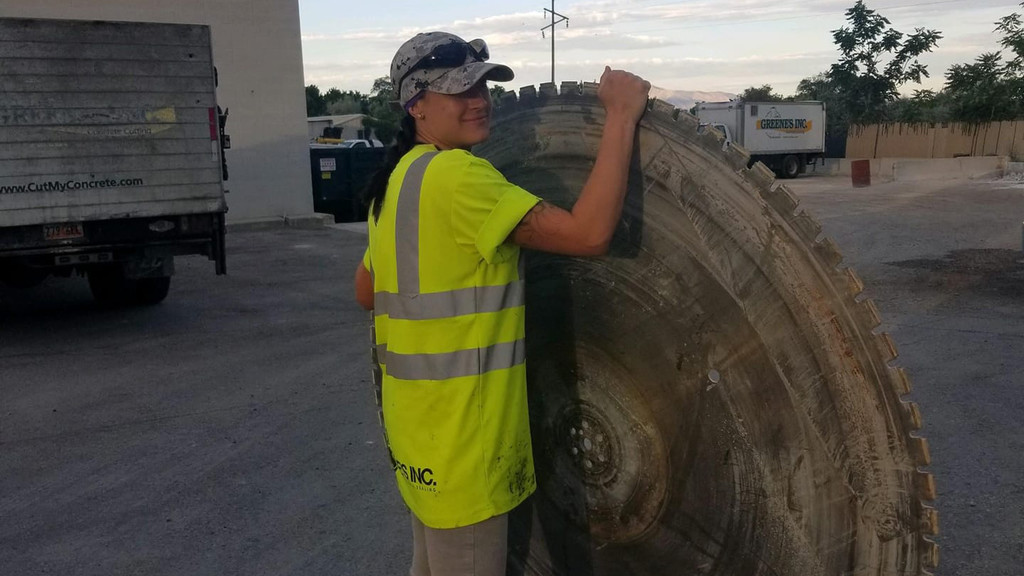 The “Queen” and Her Concrete Cutting Court

In the male-dominated world of construction, Talisha Bryan of Utah stands out not just because of her gender and concrete cutting skills, but also for having traveled a long and difficult road back from the depths of addiction.

There’s no need to bow to royalty when meeting Talisha Bryan, the self-described “Diamond Cutting Queen” whose popular YouTube videos show her deftly wrangling concrete saws and drills at projects around greater Salt Lake City. Talisha’s easygoing manner and ready smile evidences her genuine enthusiasm for the physically demanding work, particularly as she tackles tasks that wear out even the most seasoned of her male colleagues.

That’s because concrete cutting is more than just a job to Talisha. It has also provided the foundation for rebuilding a life that once mired in a seemingly endless, downward spiral of drug addiction. And being part of an industry where the rate of substance abuse is nearly twice the national average, Talisha embraces opportunities to share her own difficult story of recovery and survival in the hope that others may find the inspiration needed to face up to their own inner demons.

“Nothing good in life is easy,” Talisha says of her struggles, “but if I can overcome them, anyone can.”

A worsening cycle of addiction

Talisha’s addiction issues began during her teenage years in the Salt Lake City area. Describing herself “a troublemaker,” she regularly stayed out late drinking and smoking marijuana with friends. Repeated attempts by Talisha’s parents and others to change her behavior often did more to reinforce it. Short-lived stints of being clean repeatedly give way to the temptations of other, more harmful drugs—heroin, cocaine, and methamphetamines.

By her early 20s, Talisha had been married and divorced, and was mother to two daughters—Lilly, who was born with genetic heart condition and has had multiple open-heart surgeries, and Bree. Bree’s father overdosed on heroin and passed away when she was only five. Although Talisha had done her best to stay clean for her young daughters’ sake, the pressures of being a single mother while holding two jobs began to mount, and with it, the lure of escape through drugs. Even being seriously injured in a car crash didn’t deter her from a path she knew full well would lead to a bad end.

“I just kept repeating same mistakes because I was still the same person,” Talisha says of her eventual return to shooting heroin and methamphetamines. “To get clean and stay clean, you need a new personality.”

That turning point came on July 23, 2018—a date Talisha will never forget—as her drug use and dealing activities landed her a six-month sentence in the Davis County jail.

“I had hit rock bottom,” she says, “but the truth is, losing everything and going to jail saved my life. I finally understood everything that I had put my family through and all the ways I had failed my kids. After all the other times where I thought I was ready to change, this time I knew I really had to do something different.”

“Are you sure you want to do this?”

During her incarceration, Talisha made friends with another woman inmate who had worked for Greene’s Concrete Cutting, a Salt Lake City-area concrete contractor. Up to that time, Talisha’s construction experience amounted to little more than a week spent installing fences. Still, she was intrigued enough to apply for a job there after her release.

“I had loved the fencing work—being active and literally working my butt off,” she says.

So what if concrete cutting would push Talisha to the limits of her strength and stamina. “When I applied at Greene’s, they looked at me like, ‘are you sure you want to do this?’” Talisha recalls with a laugh. “And I said, ‘yep, I do!’”

Initially assigned to Greene’s highway division, Talisha learned the ropes of concrete cutting with an E-Z Drill two-gang rock drill. It wasn’t long before she had become an expert operator. “From then on, it was ‘my drill,’” she says proudly. “I wouldn’t let anyone else touch it.”

Talisha’s re-entry to the working world was hardly smooth sailing, as she faced hour-long commutes to and from work as well as required attendance at recovery treatment sessions and, of course, taking care of her daughters. But as Talisha’s comfort and confidence with concrete cutting work grew, so too did her enjoyment of everything it entailed.

“I found that I liked getting up early, and working hard for long hours,” she says. “I literally get paid to work out. It gave me motivation to stay clean and keep healthy—to get a full-night’s sleep, eat healthy, and do everything else I need to do. Otherwise, I wouldn’t be able to do my job.”

After about three months, Talisha started working as a helper for Greene’s core drill and wall saw operators. The more she watched and picked up the nuances of the operations, the more Talisha relished the idea that she could be trusted to work alone with her own truck and equipment. And after a few weeks, her dream came true.

“They threw me into a truck with a flat saw and a core drill, and let me loose,” Talisha says. She used her newfound independence to lose herself in her work while also listening to podcasts, audio books, and other sources of information to help better herself.

Talisha didn’t mind being assigned complicated jobs, as they provided a new opportunity to exceed client’s expectations, resulting in frequent compliments about her work.

“I had a lot of contractors specifically request me because I was one of people who kept everything clean, and did exactly what they wanted,” she adds.

Talisha has shared many of her work experiences via YouTube, including drilling 800 holes for rebar as part of the renovation of the 130-year-old Davis County Courthouse, located just blocks where she spent her life-changing jail time. It was also there that Talisha set a personal one-day record of drilling 117 holes, while also encountered some eerie occurrences that convinced her the old building is haunted.

Asked for other memorable projects, Talisha lists drilling holes for railing at Lilly’s high school in Ogden, and cutting many of the slabs for Amazon’s new one-million-sq-ft distribution center in West Jordan.

Lifting herself to help lift others

Though Talisha can’t avoid standing out as a woman in “a man’s world,” in her mind, she’s a concrete cutter. Period. And it seemed only natural that her love of the work would result in her selection to become one of the administrators for the Concrete Cutting Nutters Association’s Facebook page.

“I finally felt like I was part of something,” she says. And having gotten so much from the job, she was determined to give something back. That’s why at every new jobsite, she hands out a business card with her YouTube information on one side, and “Homeless Heroin Addict Becomes a Successful Concrete Cutter” on the other. The card sparks a lot of conversations, with Talisha always ready and willing to provide a friendly ear to anyone who wants to share their own struggles with addiction.

“I’ve had a lot of people tell me I’ve helped them, and that I’m inspiring,” says Talisha, who someday would like to start a non-profit focused on addiction recovery and support. “I’ve talked to family members of addicts and tried to give them advice, particularly when addiction impacts their kids.

If they can see where I was at and how bad I was, and the place that I was able to come back to be where I am today, it’ll give them hope that they can do the same.”

Today, Talisha has much to be proud of. Financially stable with a house and new car, she shares her life with her boyfriend Christian Jackson. She has also moved on to a new job, managing telecom projects for B. Jackson Construction of West Jordan.

“They have concrete cutting equipment so I handle those jobs when it’s needed,” Talisha says. “I want to keep cutting on the side and hopefully start my own business someday.”

There are still challenges, of course, including constant vigilance against anything that might cause her recovery to backslide even just a little bit. Addiction, after all, is a disease that can be only successfully treated, not cured.

Yet at no time in her life has Talisha felt more confident about tackling whatever life may have in store for her and her family.

“I knew it was going to be hard,” she says of her recovery, “but it gets easier every day. I won’t let myself quit.” 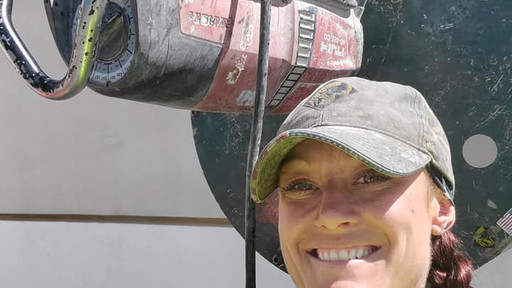 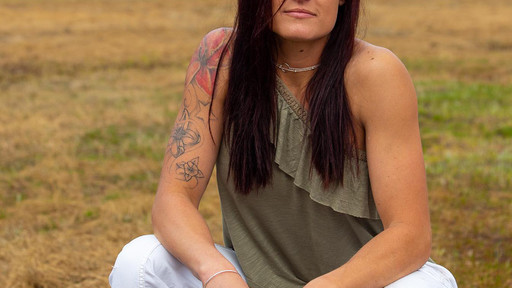 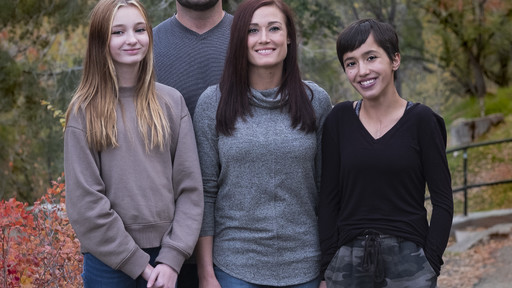 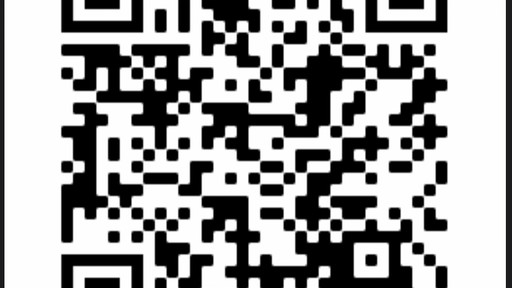 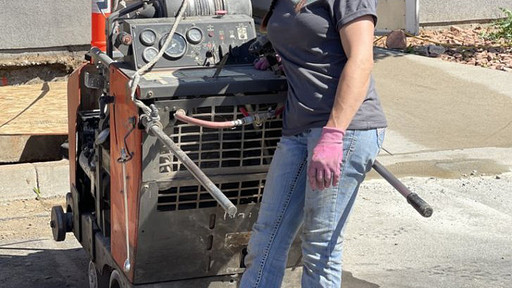 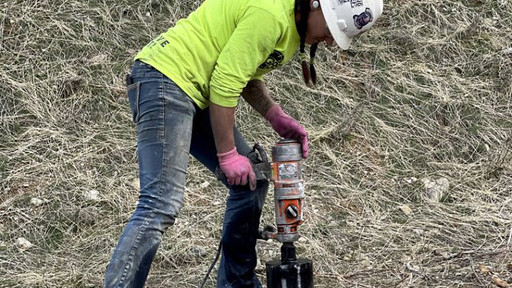 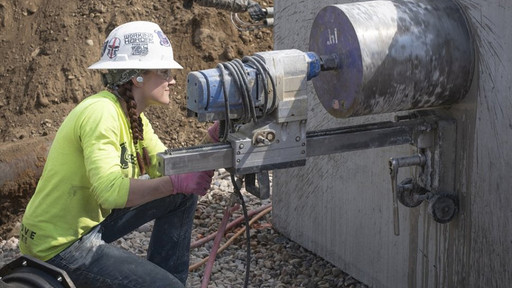 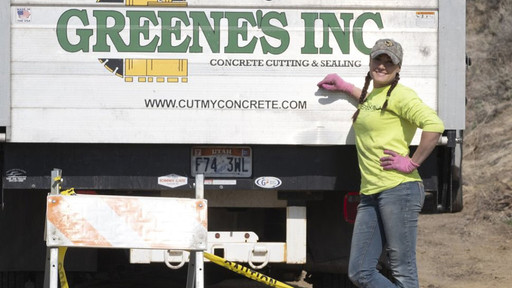