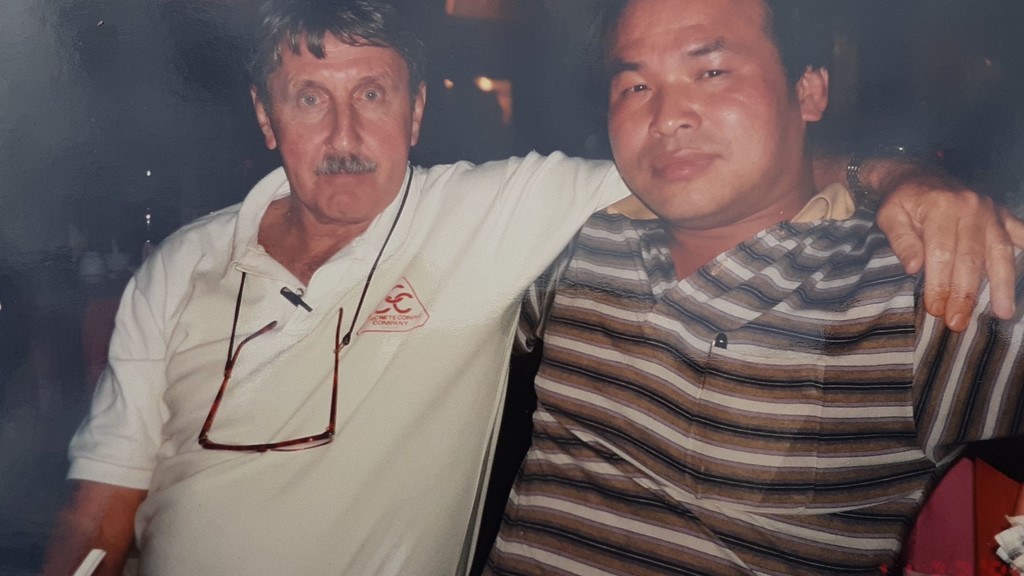 The Groovy Story of John Stallman

Every industry has its legends: one of a kind, larger than life figures that define it and lay the path for others to follow. Concrete sawing and drilling has its fair share of giants, with one such individual being a trailblazer in runway grooving techniques whose career has spanned nearly six decades, John Stallman.

Runway grooving is a very niche yet universally required technique. Employed to eliminate hydroplaning on runways, grooving is integral to the safe take-off and landing of an aircraft. For instance, a fighter jet loaded with armament sliding off the runway can cause a whole lot of trouble so airport operators tend to keep a beady weather focused eye on every experienced groover.

John Stallman was born in Rochester, New York on February 1, 1936. Having finished at the local high school, he did a two-year stint in the army before entering Syracuse University, graduating in June 1960 with a Bachelor’s degree in civil engineering. John worked as a design engineer in New York City for about a year, then relocated to Trinidad in the British West Indies to join a World Bank-sponsored sewer project. John’s wife, Marcelina Edith Davies, was born in Trinidad, and it was her father who alerted him to the opportunity. John spent almost five years in Trinidad, working his way up from a field engineer to project manager. That led to new project leadership opportunities in Los Angeles and Okinawa.

In 1968, John moved Honolulu to run a prestressing manufacturing plant. It was there that he earned an MBA in International Finance from the University of Hawaii. From then on, Hawaii would become John’s home base and residence.

In 1971, John was part of an investment group that bought 49% of Concrete Coring Company Hawaii. The remainder of the company was owned by the legendary Ed Dempsey – the very man who pioneered the use of high-cycle 400Hz motors in concrete cutting. Following a series of twists and turns over the next two years, John gained full control of the investment group and the contracting company itself. Concrete Coring Co. Hawaii was set up as a union shop, using experienced operators from California before training its own staff. With his MBA and strong engineering background, John played consultant to numerous others in the industry throughout his career, overseeing their progress to senior management positions.

Getting into the groove

About the time John was getting into the concrete coring business, the Federal Aviation Administration began promoting runway grooving techniques as a means to prevent hydroplaning. Hawaii’s first project was executed at Hilo International Airport by a Texas-based contractor. After researching the business, John arranged to lease of a grooving machine with an experienced operator to train his personnel. Concrete Coring Co. Hawaii’s first solo grooving task was in Lihue Kauai in 1974. From that moment on, runway grooving became his pet project to market, bid, and oversee. In 1975, John’s company pursued its first international contractor in cooperation with Concrete Coring Co., Tokyo. Thanks to John’s expertise and equipment, the Tokyo-based contractor was able to secure the country’s first-ever grooving contract, in Yamagata. Along the addressing hydroplaning issues, the grooving project also involved upgrade the runway to accommodate jet aircraft, providing a safer surface for braking. Over the course of 20 years, Concrete Coring Co. Hawaii completed more than 30 grooving missions across Hawaii, as well as in Guam, Hong Kong, the Philippines, and Micronesia. In 1995, John sold his interest in the company to his employees. With John’s name still on its headquarters façade the company has continued to enjoy strong growth.

When the Hong Kong government awarded a repaving and grooving contract for Kai Tak Airport’s solo runway to the Anderson Asphalt Company in 1992, its chief engineer learned that Concrete Coring Co. Hawaii had done similar jobs in the Philippines, Japan, and Pacific islands. He flew over to Hawaii to evaluate the contractor’s equipment and capabilities. By that time John had already set up Concrete Coring Co. Hong Kong, obtained a residency permit, met all local contractors and completed his first grooving job in Macau for a specifier from mainland China. In Hong Kong he befriended Samson Pei, the owner of Drillcut Ltd and a cult personality on the local concrete sawing and drilling scene. At Samson’s request, John became his wingman, running the business together until 2001. It was John who introduced Samson to the CSDA and American suppliers, techniques, and equipment. Concrete Coring Co. Hong Kong remained in business until 2014, finishing 14 runway grooving and repairing projects in various Pacific Rim countries, the US and India.

After 40 years in the runway grooving business, John has a bagful of exciting tales to tell. In the 1980s, there were fewer than 50 companies worldwide that had the equipment and expertise to undertake runway grooving. And every project was truly unique.

For a job on the island of Pohnpei (aka Ponape) in 1981, John set up the entire operation in two 20-ft (6m) shipping containers. One was used to transport the machine, parts, tools, generators, lights, and hoses; the other was used for a vacuum tank with more hoses and accessories to capture the water and slurry to keep the runway clean for use. This mobile set up allowed John to go anywhere a freighter could drop off the containers. In between jobs, John stored his machinery on Guam.

Another unforgettable experience involved runway grooving on a US military base on the island of Diego Garcia, is in the middle of the Indian Ocean. A B1 bomber had hydroplaned off the runway into a grass field with a full armament load. As that base was a departure point for all the bombing missions in the Middle East, Congress got involved and demanded the concrete runway be grooved immediately. At the time, John was relaxing on a boat in Hawaii. Cutting his vacation short, he rounded up six operators, located and leased two machines, and set to work. The machines were delivered by Korean Air on a Boeing 747 to a Singapore military base, then transported by ship to Diego Garcia.

In 2010, John sold his machinery to Cardinal International together with a non-compete and consulting agreement to assist them in pursuing opportunities in the Asian market. He consulted Cardinal on projects in Micronesia and Papua New Guinea in 2012 and 2013, finally retiring from the industry to his home in Honolulu in 2018. 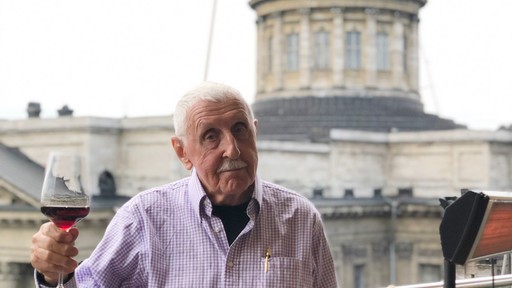 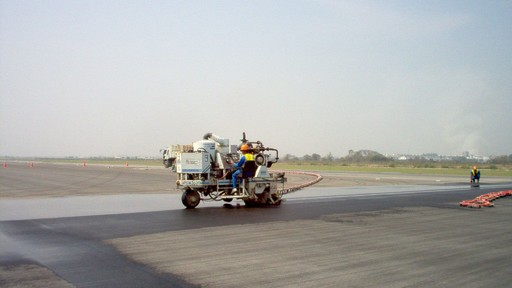 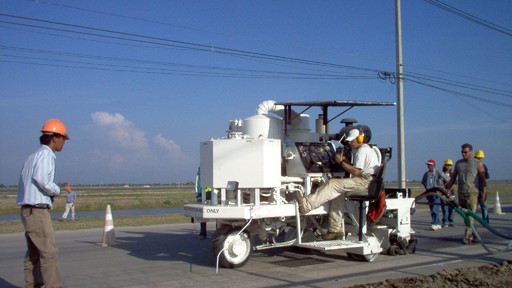 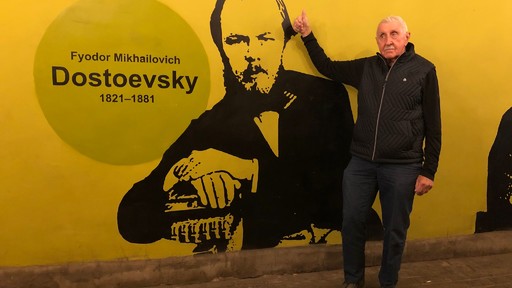