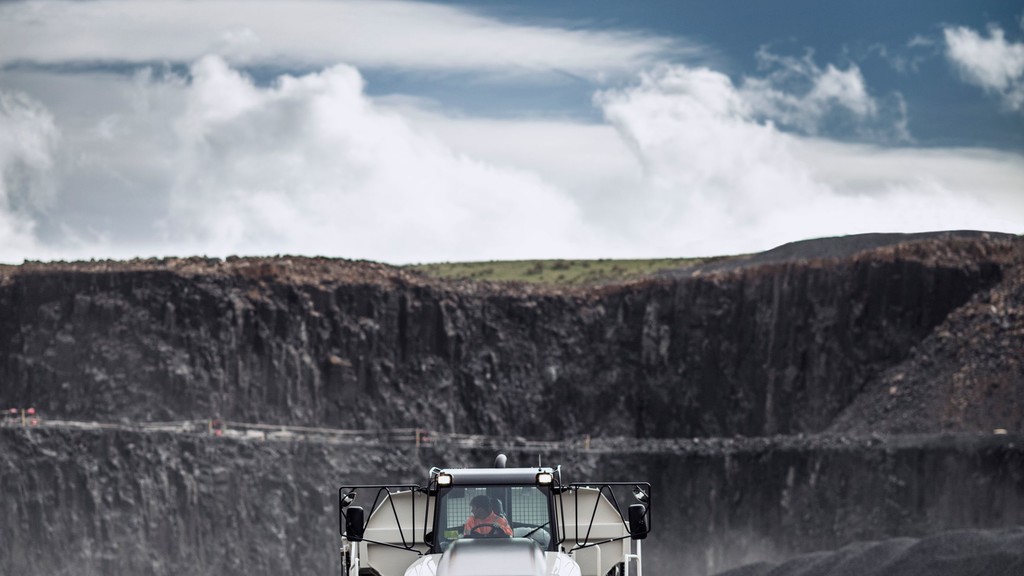 Terex Trucks to Expand its Footprint in Canada

After a quieter 2020, many sectors in Canada are preparing to ramp up operations. In Ontario, the country’s second-largest province, several major construction and mining projects are on the horizon. As the demand for heavy machinery is expected to increase, articulated hauler manufacturer Terex Trucks plans to expand into the province and is looking for new dealers.

Ontario’s economic activity is expected to grow by 4% this year, thanks to large public-sector infrastructure projects such as a new 9.3-mile (15km) line in Toronto, and new commercial work. Mining is also becoming an especially important industry. The province has some of the largest reserves of minerals and is Canada’s largest producer of gold, platinum-group metals, and nickel. These minerals are mined across 40 sites in Ontario, and the province is also a major producer of salt and structural minerals such as gypsum.

Currently, metal prices are high, which means the mining industry will play an important role in the country’s economic rebound after Covid-19. Therefore, it is not surprising that the Government of Ontario has given permission for the construction and opening of new mines, including IAMGOLD’s Côté Gold mine, located between Sudbury and Timmins. Construction started in September last year, and production is expected to commence in the second half of 2023.

Terex Trucks wants to benefit from this opportunity and further strengthen its market presence in Canada. The Scottish articulated hauler manufacturer already has two dealers in the country – Headwater Equipment in Alberta and RDM Equipment Sales and Rentals in British Columbia – and is now looking to bring its TA300 and TA400 dump trucks to customers in Ontario.

Terex Trucks’ durable articulated haulers are made for the most extreme environments and can be found in Canada’s construction, agriculture, petroleum, and mining sectors. Terex Trucks haulers prove especially popular in mines, due to their robustness and powerful performance in tough conditions. The TA300 and TA400 climb and descend slopes with ease, thanks to a modulating transmission retarder that is coupled with an efficient exhaust brake and fully enclosed oil-cooled multidisc brakes.

The 28t TA300 has a maximum payload of 28t and a headed capacity of 23 yd3 (17.5m3). The hauler comes with the latest 8-speed-transmission, leading to improvements in fuel efficiency, performance, productivity and operator comfort, when compared to the previous model. The TA300 delivers a 5% improvement in fuel efficiency and a 3.1-mph (5kph) increase in speed, to 34 mph (55kmh). In addition, the truck now comes with eight forward gears, as well as four reverse gears, to help ensure smoother gear shifting and, therefore, higher levels of operator comfort. All this means that customers can be more productive, achieving faster cycle times, lower cost per tonne and reduced carbon emissions.

The TA400, Terex’s largest articulated hauler has a maximum payload of 38t and a heaped capacity of 30.3 yd3 (23.3m3). Powered by a high performance, fuel efficient engine that develops a gross power of 444 hp (331kW), the TA400 is designed to meet the demands of the most extreme operations such as quarries, mines and large-scale construction projects. The planetary gear transmission provides smooth, efficient gear shifting for optimized fuel consumption and reduced cost of operation. Ground-level test points and a fully tilting cab, combined with an electronically raised hood, ensure ease of service and maximum uptime. 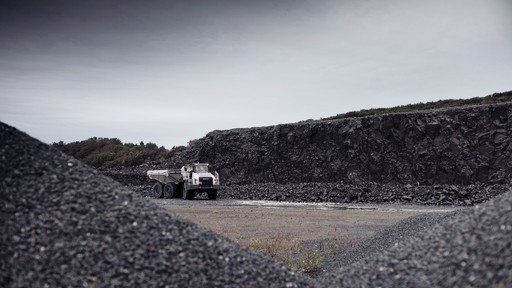 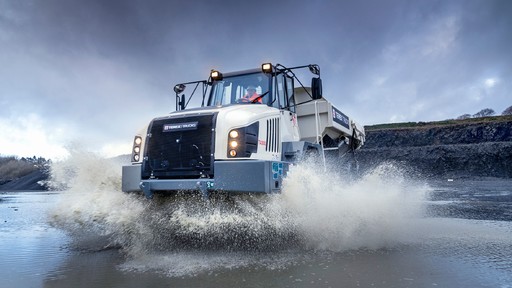