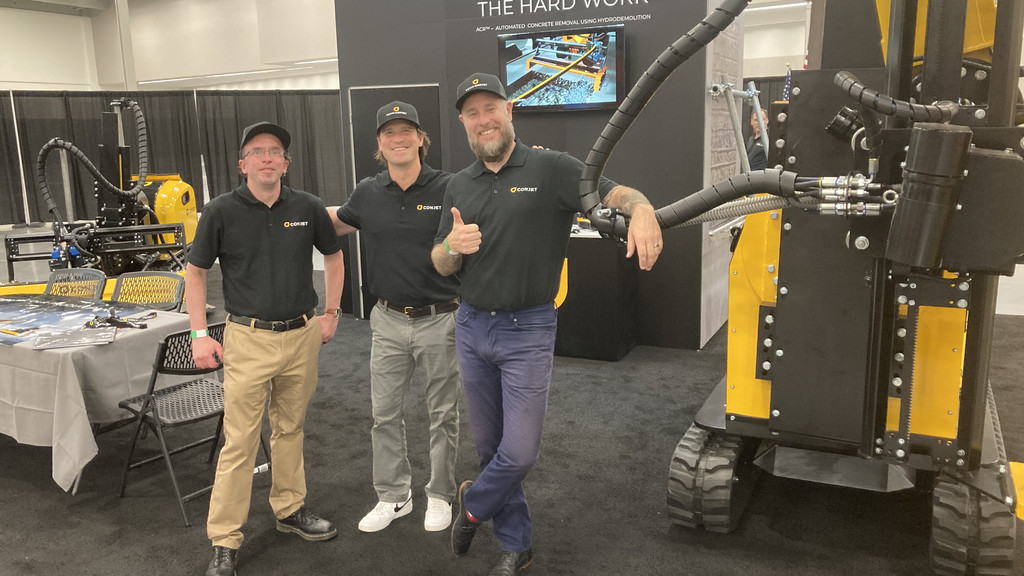 In normal circumstances, a World of Concrete show approximately half its usual size would be cause for concern. Organizers report the 2021 edition attracted more than 650 exhibitors and “tens of thousands of industry professionals.” By comparison, 2020’s show, held just weeks before Conexpo, drew twice as many exhibitors and 54,000 registrants.

But after more than a year of life being anything but normal, the fact that World of Concrete was held at all was cause for celebration.

Postponing World of Concrete from its traditional January calendar slot in hopes of eased pandemic conditions proved to be a winning bet for the show’s organizers, as the June 8-10 timeframe arrived just days after Las Vegas lifted restrictions on building capacity and large gatherings. Even the summertime desert sun accommodated the schedule shift, providing participants with a week of high temperatures “only” around 95° F (35° C) sandwiched between stretches as much as 20 degrees hotter.

To be sure, there were differences. Indoor booths were limited to the familiar confines of the Las Vegas Convention Center’s North Hall and the recently completed West Hall expansion. The substantially smaller number of outdoor demonstrations were set up adjacent to the West Hall, with the traditionally bustling Silver Lot given over to the event’s masonry competitions. International attendees were far fewer in number as well, evidencing the varying levels of coronavirus spread and vaccination levels worldwide

But big show or not, most everyone at World of Concrete seemed just happy to be there and savor a sense of “normal.” Many attendees likened the environment to a “Conexpo year,” which suited them just fine.

“There have been years when there were so many people, it was hard to talk to everyone or develop relationships,” observed LISSMAC national sales manager Mitch Scott, who was attending his 25th World of Concrete. This year, he added “we have more business owners and people who call the shots and make decisions.”

While many companies opted to stay home, “we can’t afford not to be here,” Scott said, citing the need to see customers and demonstrate products such as prototype 57hp (42.5kW) front- and rear-pivot floor saws that equipped with HATZ turbodiesel engine.

“After an extremely tough year for everyone, being able to return to Las Vegas with our machines and come face to face with our customers and everyone present was exciting,” remarked Ignasi Moner, CEO of AUSA US Corp., which showed its compact and mid-range range of dumpers, and all-terrain forklifts. “You can tell how eager everyone is to get back to normality and finally put this pandemic behind us.”

And even a smaller crowd was enough to impress newcomers like Rob May, sales director for construction waste recycling specialist Senya Tech, which is introducing a “micro crusher” material processing line.

“The number of visitors was unexpected, but great for us, because we’re trying to get our name out,” May said.

So much to see

A smaller World of Concrete didn’t diminish the show’s standing as a setting for new products. Husqvarna give visitors a first look at its K1 cut off saw, the first product to be powered by the company’s new PACE battery system. Weighing approximately the same as the 22-lb (10.1kg) K770 gas saw, the K1 uses specially designed 15- and 17-in (300 and 350 mm) diamond blades optimized for battery operation. In the event of a pinch or kickback, the saw’s X-Halt® brake function stops blade rotation in a fraction of a second for enhanced safety.

A Husqvarna spokesperson said the K1’s production rates and other specs are still being refined in advance of the saw’s official release later this year. Husqvarna has other battery equipment on tap for the U.S. market, including DM 540i core drill and VE 100i vacuum.

Another saw innovation on display was iQ’s 914 17-in (350mm) dry-cut power cutter, an existing model now featuring a fully integrated dust collector that the company says captures up to 90% of dust at the source. The integrated vacuum sucks dust through a retractable blade guard. This dust containment has a capacity of up to 5 lb (2.2kg), with the ability to connect to the iQ426 HEPA Dust Extractor for additional dust collection capacity

The 914 features an 81cc German-engineered, two-stroke, high-performance engine and an anti-vibration system with five steel springs and a rubber-coated handle for fatigue-free operation. The motor offers a choke-free easy start system, and a one Push Stop-System that stops the engine and immediately prepares it for renewed operation. An electronically-controlled pump ensures the correct fuel-oil mixture.

Speaking of the iQ 426 dust exhauster, the model features a four-stage filtering system and 190 cfm of power in a rugged plastic casing that’s more suitable for construction settings than many metal-framed models.

“We design our own products because we’re tool users ourselves,” explains iQ co-founder and CEO Paul Guth. “We know what we want, and what others want.”

One concern unchanged by the pandemic is the ever-shrinking pool of construction labor. Hilti offered some answers with demonstrations of Jaibot, a semi-autonomous cordless mobile robot that works with building information modeling (BIM) data to 3/16 to 5/8- in (4.8-16mm) ceiling holes for mechanical, electrical, and plumbing systems at precise locations up to 16.5 ft (5m) high. Another alternative for overhead work is the EXO-O1 wearable exoskeleton, a human augmentation device developed with global prosthetics and orthotics manufacturer Ottobock. Wearing an EXO-O1 eliminates strain and fatigue that arises from performing tasks at the shoulder level and above, yet doesn’t constrain or interfere with normal movements.

World of Concrete was also the first chance many contractors had to see the fourth generation of Hilti’s popular T70 ATC/AVR combination hammer, which was introduced last fall. Hilti says the upgraded tool incorporates electronic-based efficiencies that will help users drill up to 40% faster into reinforced concrete and demolish more concrete than the competing products in its class. The tool is also equipped with Hilti’s Active Vibration Reduction technology that makes it less tiring to use.

A similar theme was found at the Makinex booth, where the Australian construction products manufacturer’s North American representatives displayed the new Lift Assist LA90-350. The pneumatic device is specifically designed to lift 60- to 90-lb (27 to 41 kg) jackhammers out of holes, taking the strain off operators while also providing greater control and precision. Makinex also displayed its upgraded 23kW, 480V power box, which provides a seamless range of mobile power with upgraded wheels for improved jobsite mobility.

Tulsa, Okla.-based Vacuworx had plenty of news to share, from new systems for safely and efficiently handling large components such as precast, prestressed double tee beams, to customized attachments for Brokk demolition robots. The company has also introduced a new online Training Center to help ensure dealers and contractors are able to use and service its equipment correctly and safely. The self-guided program currently includes five modules, each with course certifications, focused on the Vacuworx RC Series lifters including Installation, Daily Operation Checklist, Operation, Maintenance, and Troubleshooting.

The hammers also include Soft Start and controlled RPM and BPM, making it easier to control drilling and chiseling applications, with an on-tool user interface for tool performance, feedback and control. The GBH18V-45C model also includes a counter-balance weight in the hammer mechanism.

The best—or at least better—is yet to come

As World of Concrete’s abbreviated week drew to a close, talk turned from how well the event lived up to its limited expectations to what the first months of the (hopefully for good) post-pandemic market may hold, including prospects for World of Concrete’s 2022 edition, now just six months away.

“It was definitely odd having the show in June in what is the busiest time of the year for many contractors,” observed Jason Root, sales manager for Syntec Diamond Tools. “The construction market seems like it will continue to thrive through the end of this year. We plan to exhibit in 2022 and expect a much better turnout.” 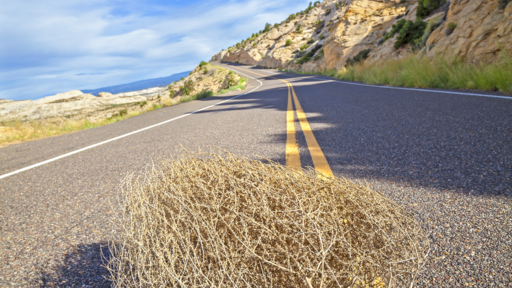 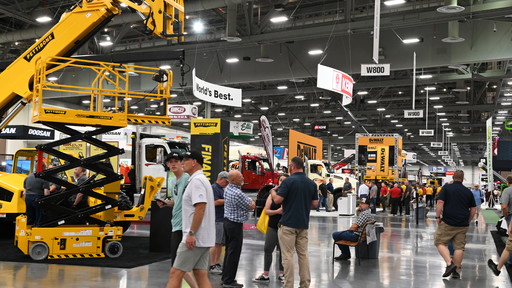 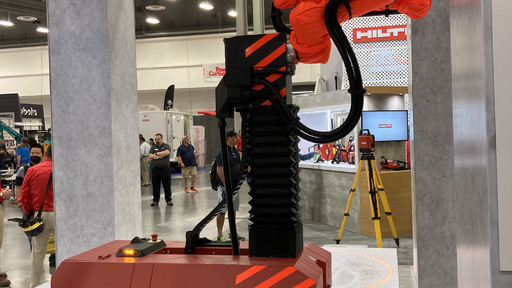 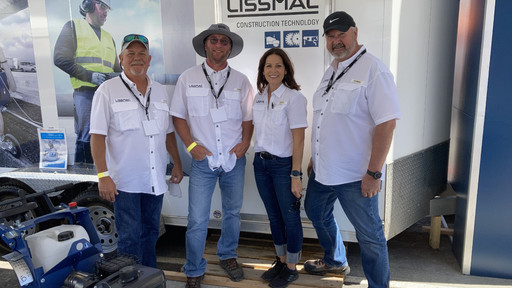 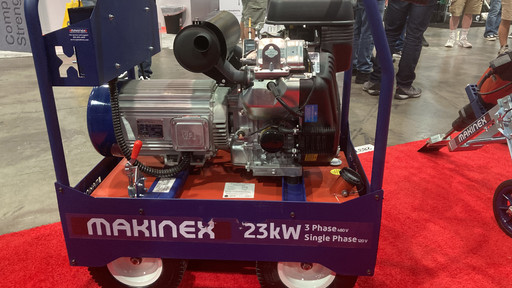 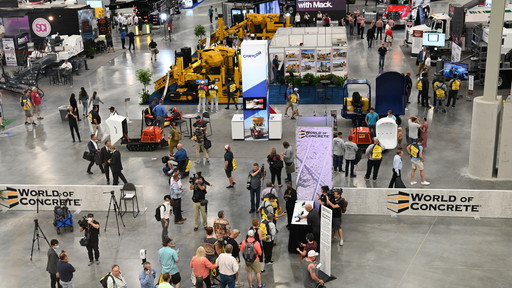 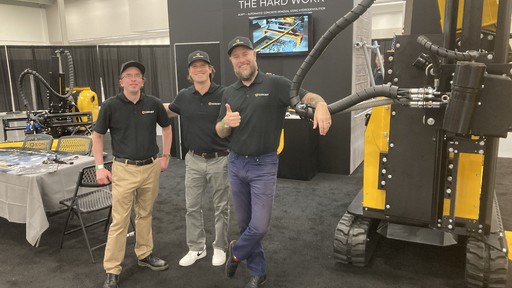 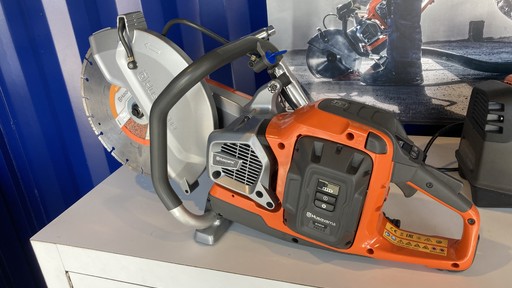 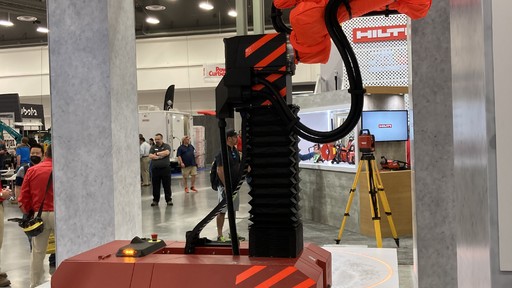 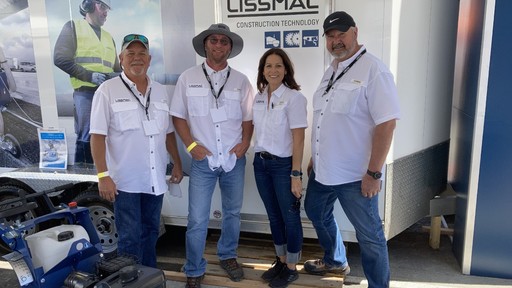 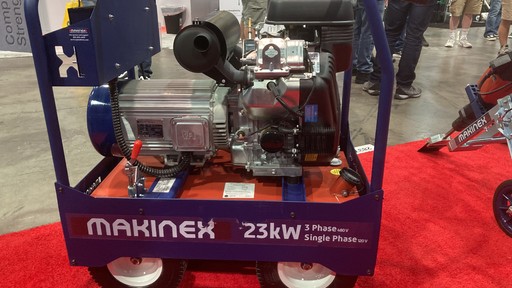 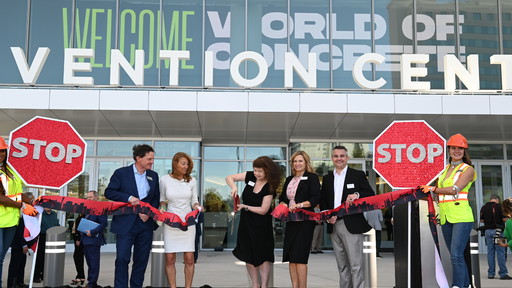 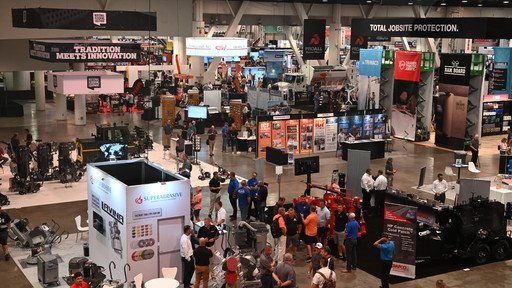 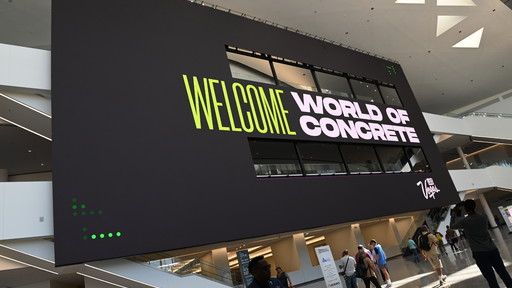