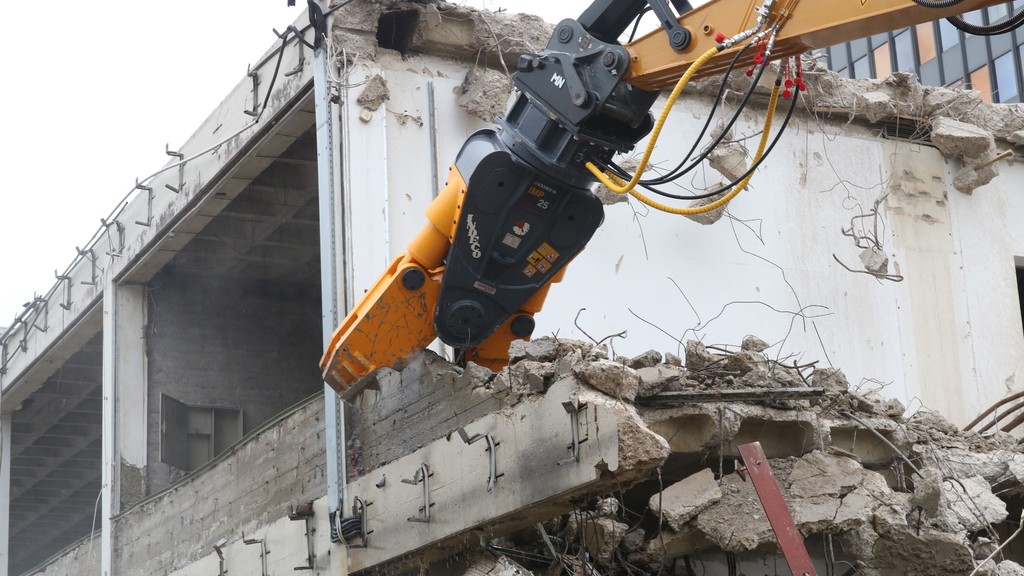 In December 2020, Servisa completed demolition of the Deutsche Post headquarters in Berlin. The technical and logistical aspects of this project made it a tough challenge, given the site’s location in the city centre.

The timeframe for the demolition also put the organisational capacities of the contractor to a hard test. Servisa’s task, in fact, was to demolish the three-storey building while operating in a confined space where impact to the surrounding area had to be kept to a minimum. The structure had been built with high-resistance concrete (with an unconfined compressive strength over 45 MPa), and 2- and 3-inch (50- and 80mm) diameter rebar in the foundation and plinths.

The project was concluded successfully with the help of Indeco attachments, which made the difference in terms of productivity and scheduling. Added to an HP 5000 hydraulic hammer, a pair of multifunctional IMP 25 Combi Cutter jaws proved effective and adaptable to the different operating situations. Thanks to the interchangeability of the tools, the attachment could be transformed into a breaker, crusher or shears, according to need.

The IRP 18 X pulverizer was used to carry out the primary crushing of more than 106,000 ft3 (3,000 m3) of demolition waste. This attachment performed very efficiently also thanks to its geometric design. This feature increases constancy and efficacy in the crushing action and thereby reduces working times and stresses transmitted to the excavator. The IRP 18 X also delivered great productivity due to its hydraulic system with a “regeneration valve,” which enables the movable jaw to be closed more quickly under no-load conditions, allowing all available force to be applied only when the material is being crushed.

A valuable asset to the project was the IMG 2800 D multigrab jaws, whose manoeuvrability and mounting bracket compatible with other Indeco products guaranteed the highest precision when handling the different materials. Servisa CEO Sascha Hellwig sees a trend of demolition contractors becoming subcontractors of recycling companies.

“This is because the problem of transporting waste to disposal sites has more and more strategic importance, and it’s the reason why we’ve decided to consolidate in both directions,” he explains. “Here in Berlin, for example, one thing is to send a truckload of waste material to the disposal site, and quite another to haul away 800,000 tons, as we did last year.”

Hellwig adds that evolving regulations may also require contractors to move debris via modes other than trucks, such as trains, barges and ships.

“In this business you have to be very creative, also when it comes to interpreting laws and regulations regarding waste and its handling,” he says. “Often, we’re dealing with structures from the 1970s or 80s that contain special waste, such as asbestos. For all these reasons, just having an excavator with a big hammer is no longer enough to call yourself a demolition contractor; the concept is much broader now.” 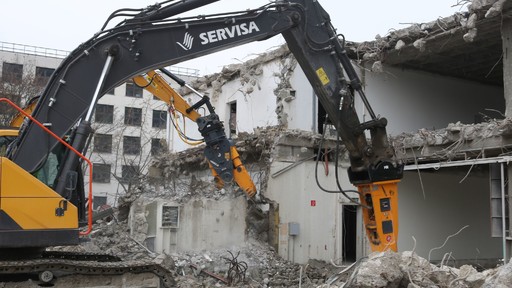 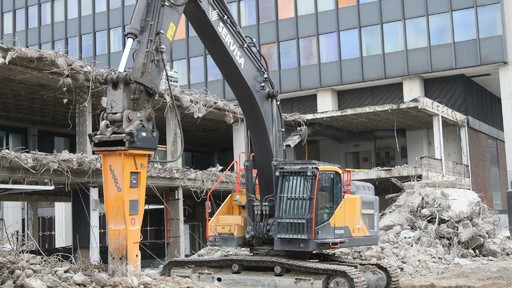 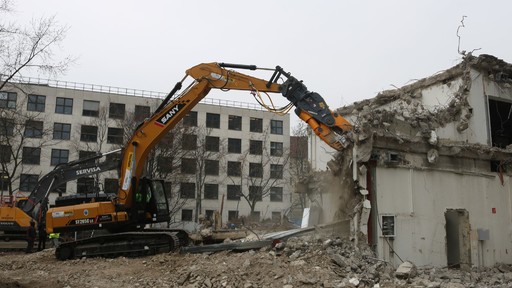 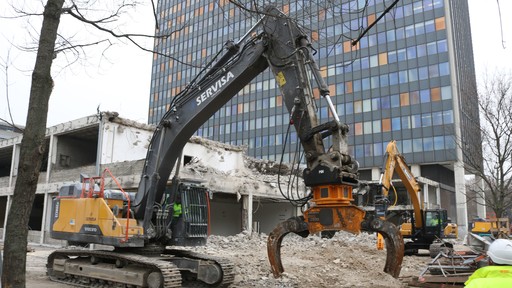 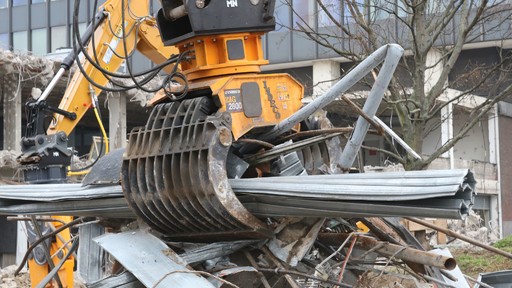 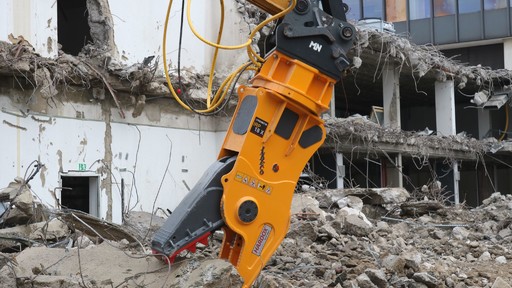