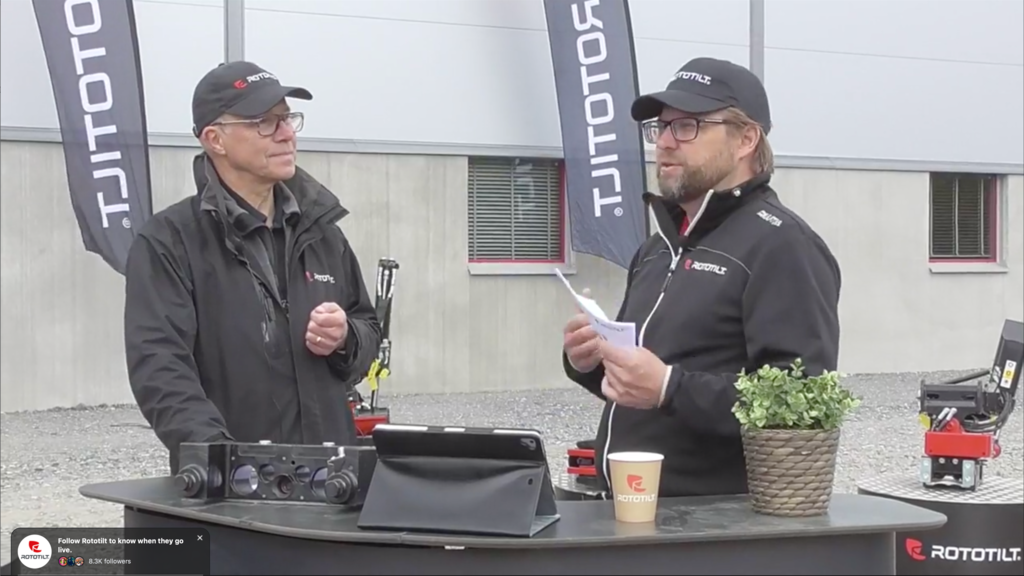 Rototilt has introduced a new generation of fully automatic quick-release systems, Rototilt QuickChange.The new products build on Rototilt’s 12-year-old QuickChange, which was located at the bottom of the system. Thanks to an innovative “sandwich” solution, QuickChange is now both at the top and the bottom of the system. In a May 29 product announcement broadcast from Rototilt’s new facility in Vindeln, Sweden, development manager, Pär Olofsson, said that the company has been working on a new generation of QuickChange for more than two years.

“The whole work started with an in-depth market research and we studied the pros and cons of existing systems on the market and talked to many users,” Olofsson said. “We carefully investigated what was good and what was bad and what we could change to the better.”

Underlying the project has been security, a feature that Rototilt already had a head-start with thanks to the award-winning in SecureLock system. When the actual construction of the entire system was determined, a series of tests took place.

“We have tested the system in every conceivable way down to the smallest detail in our own lab and out in the field countless times,” said Olofsson. “A large number of users have run the system and come up with a number of tips. And now we are ready to become public with the system.”

Product manager Sven-Roger Ekström said that the system is being built entirely in Sweden. As with all other quick coupling systems, QuickChange means that the excavator operator does not have to leave the cab to change tools. In seconds, the operator can quickly and easily change from one tool to another without the slightest risk of leakage or the tool coming loose. An automatic mechanism protects the sensitive parts and the bracket itself, preventing dirt from entering the system. When changing tools, the bracket opens and the tool locks.

To provide additional system protection, springs built into the coupling block any pieces of dirt or metal, eliminating the risk of major operational disturbances.

The entire system is also perceived as very stable by users. One interviewed for the event guaranteed that once a machine owner experiences the new QuickChange products, “you will never be able to be without it. It is simply revolutionary.”

The product announcement included a demonstration of the QuickChange HD model, designed for heavy tools. Additional models are also available for lighter tools such as compactors. With the full series of 2nd generation Rototilt QuickChange models now in full production, Ekström said customers are already eager to try out the system for themselves.

“I really believe in this system and that it will replace many standard systems,” Ekström said. 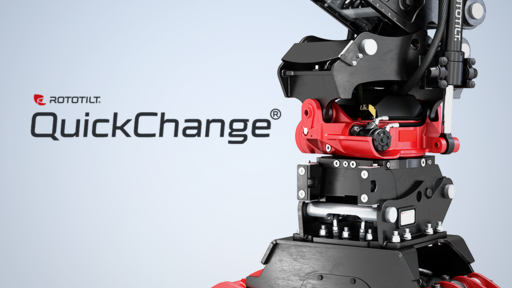 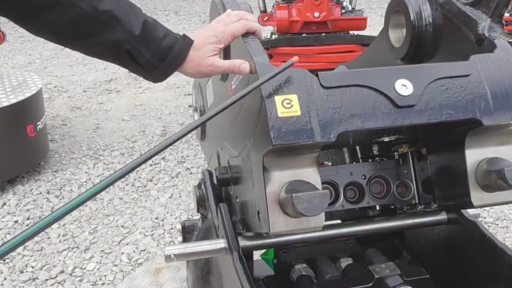 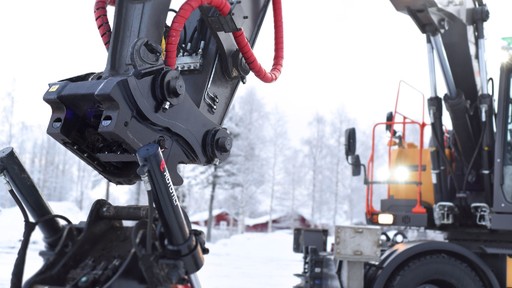