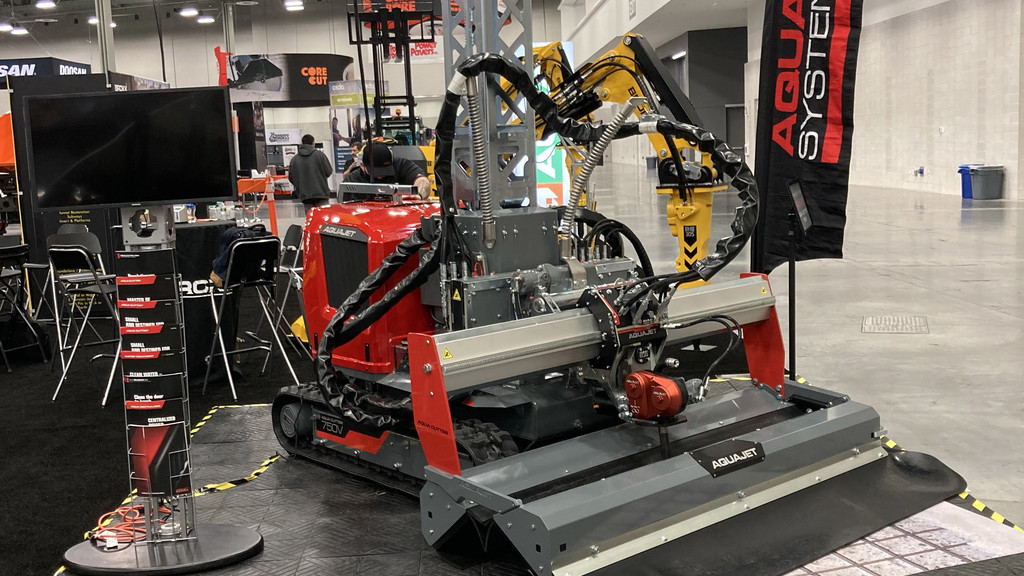 Rain in Las Vegas isn’t totally unusual. Though one of the driest cities in the U.S., it still receives just over 4 inches of precipitation each year. But the fact that some of those precious drops fell on the morning of World of Concrete’s opening day might have been a harbinger of a show that would be different from normal, yet appropriate to the different times we’re living in.

Not the best, but not so disappointing either

Following a scaled back, but nevertheless upbeat “mini-WOC” just six months earlier, the weeks leading up to the 2022’s event’s restored wintertime schedule were fraught with uncertainty, with the rapid worldwide spread of the COVID-19 Omicron variant. Though generally less deadly than its pandemic predecessors, Omicron nevertheless took a toll on WOC’s manufacturer participation, particularly those from overseas.

“We were set to have seven people come over from Sweden,” said Conjet’s national account manager Rick Larson. “One by one, they tested positive, shrinking our nine-person booth team to two.”

Omicron seemed poised to shrink attendance as well, though busy work schedules in the rather robust U.S. construction market may have played as big a role for some contractors’ decisions to stay home as travel concerns or the prospect of another down year.

So when the last visitors filed out of the Las Vegas Convention Center on the final afternoon, it turned out that WOC 2022 was…well, not the best, but not so disappointing either. Organizers report that the show attracted nearly 37,000 attendees and more than 1,100 equipment, tool, and materials vendors—a far cry from “before times” numbers, to be sure, but hardly a ghost town.

What’s more, there were plenty of new products to see and try out. As usual, one of the biggest outdoor exhibits belonged to Hilti, which showed off its new Nuron 22V battery platform for handheld tools. Visitors didn’t have to wait to try out a Nuron model for themselves, as the company’s rollout spans 70 tools—circular saws, metal-cutting tools, breakers, drivers, impact wrenches, and others—with more on the way.

“It opens the door to a lot of new tool innovations, and enhancements to existing models, such as adding our [Automatic Torque Control] technology to smaller drills,” said Hilti product manager Artie Reams. “Owners can also collect data from the batteries as they charge, and use that information to help their people be more productive.”

The prospect of a smaller WOC didn’t keep hydrodemolition specialist Aquajet from introducing its new Aqua Cutter 750, which features a new Infinity oscillation that moves the water jet in a figure-8, or infinity pattern. Aquajet business development manager Keith Armishaw explained that the varying speeds of conventional sine-wave lance patters frequently produce inconsistent results and “shadows” beneath rebar. Along with tracking up to two times faster, the infinity pattern movement removes more material in a single pass, eliminating the need to follow-up with hand lancing

“The machine is remarkably simple, yet so efficient,” Armishaw says of the Aqua Cutter 750. Aquajet has also incorporated controls that automatically calculate optimal settings for speed, start/stop, and other functions to minimize the risk of operator error—another source of inconsistent results.

“If you have five diff operators, you can get five different results,” Armishaw adds. “This helps even out quality, productivity, and consistency.”

Another showfloor debut was Kubota’s new U10-5 1t mini-excavator. Product manager Patrick Baker explained that the new model is an updated version of its rental market-focused K008-5, with a 10.1-hp (7.5kW) engine that produces nearly 2,400 lbf (1,088 kg) of breakout force. Able to travel up to 2.5 mph (4 kph), “it gets across the site quick,” Baker says.

As for its “minimal zero-tail-swing” classification, Baker explained that a mere .6-in (15mm) overhang prevents the machine from being a zero-tail-swing unit. “It’s still able to work in even the tightest spaces,” he adds. Track width can be adjusted from 30 to 39 in (762 to 990 mm).

Notes from all over

WOC always showcases concrete grinding and polishing equipment, and this year, Superabrasive featured a new of its propane model L30GE that includes a 24-hp (17.9kW) Kohler propane engine that the company says provides more uptime better fuel efficiency, and higher performance. Two new propane-powered power trowel models for larger-scale jobs were also on display—the 61-in (1,549-mm) LP30E that can fit through standard doors, and the 80-in (2,032mm) LP36GE Elite model, which comes with 8x13 in (203x330 mm) head and the 24hp (17.9kW) Kohler engine.

“The drum is hub-driven, so the bearing system will last from 1,800 to 2,500 hours,” Rawlings added. “The carburetor and regulator are mounted together, making it almost fuel-injected.” What’s more, the machine’s emissions are under 20 ppm—well below the US EPA minimum of 50.

There was also a lot to see at Diamond Vantage’s booth, with the main attraction being the company’s Zenesis V series of blades. A tweak to the blades’ diamond pattern promises both longer life and faster cutting, as well as the opportunity to develop 4- to 24-in (101-609-mm) blades for grinders. Also on display was a new small cutter developed in collaboration with Gorilla Concrete Tools of Ohio.

“We offered some feedback from our customers that they incorporated to add durability and make maintenance easier,” said sales specialist Jason Mohr said of the machine, which has a 2-in (51-mm) cut depth. “For example, the bearings are simple to change, and no special types are needed. You just go to the hardware store and pick up what you need.”

Other WOC highlights included Makita’s new XGT 80V cutter with 14 in (355.6-mm) blade, part of a new line of 40V/80V cordless equipment introduced last year. US Saws displayed its hydraulic walk-behind saw with 20-in (508mm) blade for compact applications, while Blastpro displayed a prototype of its BPS-11portable scarifier that can provide .125-in (3.175mm) cut depth per pass. That model is undergoing design revisions to accommodate a new motor, but should be available later this year.

And there was some business news, with the Reno, Nevada-based MB Crusher America announcing the opening of a new branch in Kernersville, N.C. CEO Regan Whitfield said that along with providing sales, equipment support, and a product demonstration area, the new location is also closer to East Coast ports where MB Crusher products arrive from Italy.

Whitfield, who has led MB Crusher America since January of last year, noted that the US market is still evolving when it comes to attention to concrete recycling and process. “We see that changing, and by introducing equipment that makes that work easier and more efficient, we hope to change the mentality of recycling as well,” Whitfield said.

In some ways, the protracted pandemic heightened awareness of the construction industry’s already pervasive problems with labor availability, enhancing the importance of equipment that helps maximize productivity and ease of use. Milwaukee Tools’ Nick Hanns noted that telematics technology like his company’s One-Key system can help with more than inventory management.

“A user can dial in certain settings, activate kickback protection, and increase repeatability of performance, regardless of who’s using the tool,” he says. “That helps workers of all skill levels do things more efficiently and be more productive.”

B&W Equipment general manager Darrell Miller cautioned that such features can go only so far for some types of equipment. Using “a fleet approach” risks having workers treat the tools with less care than they should.

“Sometimes it’s better to have a dedicated user,” he explains.

While WOC 2022 may have lacked the size and some of the glitz of its pre-pandemic predecessors, discouraging words about the show were rather scarce. Many exhibitors noted that as in years when an impending Conexpo curbs WOC numbers, this year’s show attracted contractors committed to investing in their businesses.

“Even though we’re in a different location in Silver Lot, this was busiest first day of the show ever,” Whitfield said. Added Alex Berg, CEO of Cratos Equipment, the new US distributor for Danish micro-equipment manufacturer Twinca, “We had low expectations but the show has been pretty good, and the equipment was well-received.”

The availability of indoor space also worked out well for smaller exhibitors. “We had more traffic today than in all the years we were outside,” observed Tim Kavka-Coogan, general manager for Clear Blast, a West Chester, Pa.-based maker of wet abrasive blasting tools.

And for those exhibitors who braved Omicron, potential travel shutdowns, and any number of other hurdles to get to Las Vegas, the effort was well worth it.

“We didn’t know what to expect,” said Thomas Baier of Germany’s Otto Bailer Tools, “but we were very pleased. It was a good, quality experience.” 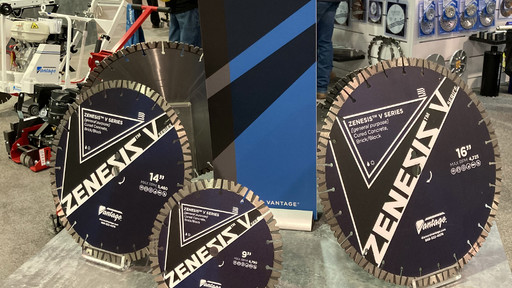 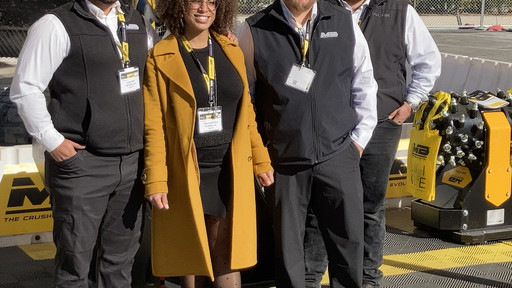 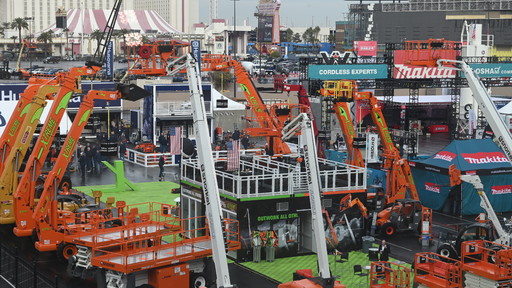 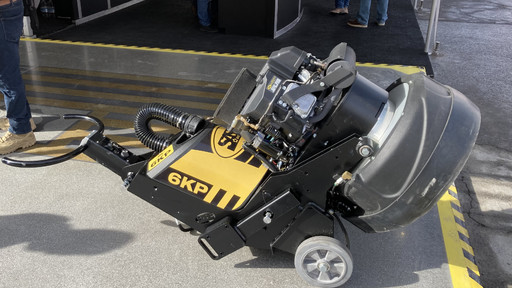 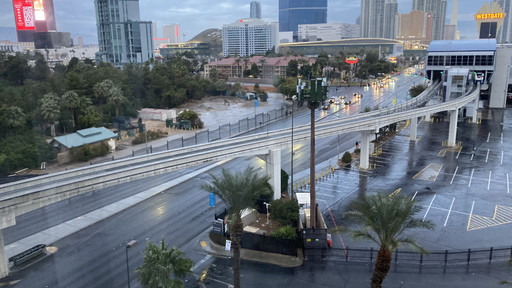 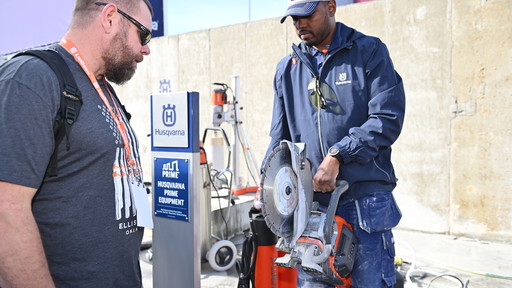