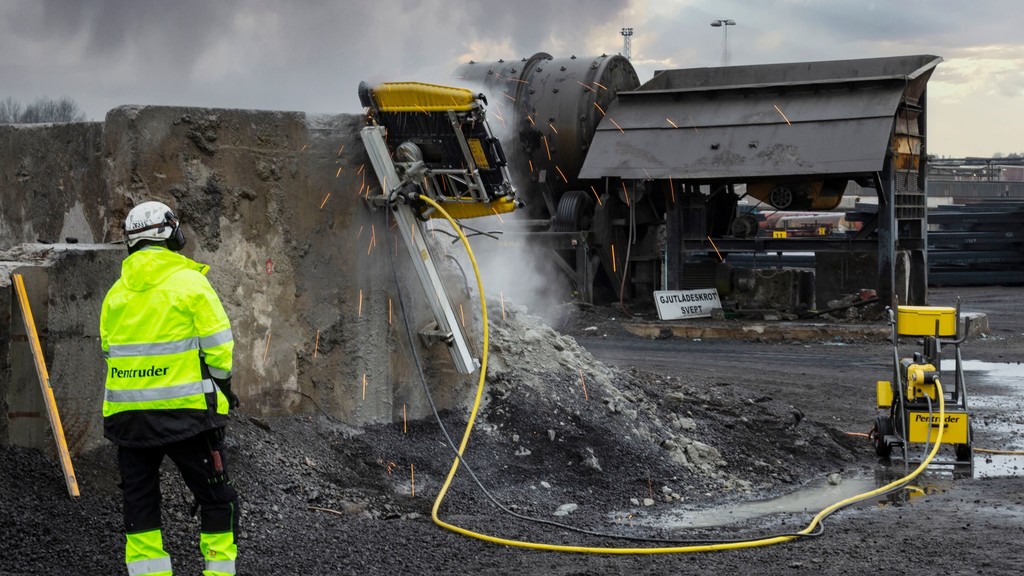 Tractive has released its a generation of Pentruder products that the company believes the industry has been waiting for. In this article you can read about all the benefits and the organization behind the new Pentruder RS2 wall saw and the Pentpak 3 power pack.

Those who know and use Pentruder’s concrete cutting equipment will already know that Tractive’s generational change began to take shape at Bauma 2019, if not before.

“It has taken time and we may have stick out our chin and pull it in again, a little back and forth. But for us, product development is not a self-fulfilling prophecy,” says Marie Peil, Tractive’s marketing manager, and the daughter of founder Anders Johnsen. “Product development for us is to create efficient systems for concrete cutting entirely for the user’s sake. Our products should be machines that are simple and logical to work with; they should be more efficient and last a longer time than the competition. If we are not completely satisfied, we have no problem going back to the drawing table. Our customers are worth the very best.”

Since its inception, Pentruder’s products have differed from other brands on the market. They are unconventional in their solutions and manage to keep their distance from competitors, both in execution and performance.

It all started in 1977. Johnsen, already well-known for developing gearboxes for rally cars, was asked by a Swedish concrete cutter if he could design a gearbox for a drilling system. Developing a gearbox for a concrete drilling system worked out perfectly, which led to a new venture for Johnsen and his wife, Ingrid. Over the next decade, they began to develop and manufacture a range of machinery and equipment for concrete drilling. Their business was subsequently acquired by a multinational manufacturer at the beginning of the 1990s.

Johnsen returned to his rally car roots with the subsequent formation of Tractive AB, but he retained an interest in the concrete cutting sector. In order to meet market demand and manufacture new products, he created Pentruder and launched the company’s first wall saw in 1997. Since then, rally cars gearboxes have taken a back seat to the development and manufacture of concrete cutting equipment.

Throughout the 1990s, the hydraulic drive dominated Pentruder’s development in conjunction with the company’s unique gearbox transmission solution in order to get as much power as possible on the spindle. That changed in the early 2000s, when high-frequency (HF) technology was introduced concrete drilling machines. The development of electronics made it possible to develop much more compact concrete cutting machinery with high performance and considerably higher efficiency than hydraulic machines.

Tractive entered the market for HF technology in 2004, but also still produced hydraulic-driven machinery for a number of years. Johnsen initial concerns that various technical features on Pentruder HF wall saws would be too sensitive for tough tasks proved unfounded, and users in Europe immediately showed great interest in the new machinery. Demand increased sharply, followed by interest among contractors in the US, Japan, and Australia.

In 2005, sales of the second-generation of the new technology platform for HF machines really took off. In step with the sharp increase in demand, more efficient production premises were needed, and operations were moved from the plant in Alderbäcken, south of Borlänge, to the current location in Gjutargatan in Borlänge.

Tractive built the 21,500 ft2 (2,000m2) facility to its specifications and expanded its workforce to 16 employees. That was the start of many other company changes, including a major investment in CNC-controlled multi-operation machines, and multiple facility expansions. The need for additional storage and production space has Tractive planning another 26,900 ft2 (2,500m2) expansion within two years. A backlog of orders has increased extensively as more and more resellers have been linked to the company’s operations. The export share of company activities has increased, as have the number of employees, now numbering around 50.

Since 2014, when an agreement was reached with U.S. manufacturer ICS Blount, sales in North America have increased significantly. The prevailing rumor in Europe and Japan, that the real concrete cutting connoisseurs (or nerds) choose Pentruder, is increasing also in North America as well, resulting in more American contractors choosing the brand.

ICS now sells Pentruder in the US and South America, with 36 dealers worldwide, including a Swedish and Japanese subsidiary. In the US, Pentruder’s main hub is still located in Chandler, Ariz., with Terry Martin, who worked with Pentruder long before ICS took over sales and service in the country, still being a key figure.

New HFi with the RS2 wall saw and Pentpak 3

On March 1, 2021, Pentruder launched its third-generation technology platform. It may have taken some time to get off the ground but now the company says everything feels just right. In addition to Peil, twin sister Jenny Muda is Tractive’s CFO, while brother Kristoffer Johnsen serves as production manager

“I will not say that our parents have taken the step back when it comes to design and development as well as the overall management of the company,” says Peil, “but they are not involved in the daily operations in the same way as before.”

An example of Tractive being more of an “art form” than a purely a business-driven company which only looks at its revenues, is the company’s focus on creating good and optimal products for users, often going against the accepted industry norm. What many manufacturers focus on currently is that the so called “service wall saws” have integrated power packs. At Bauma 2016, several manufacturers showed their innovations with integrated engines, including Pentruder. But after a while, Pentruder chose to shut down this development, deciding that it simply could not reach weight requirements if the company was to be able to build in all the smart features it wished to see included. Instead, its “Pentpak” remained as a separate unit, fitted with a new type of communication with the saw to increase performance and power, and achieve the same hard-hitting goal of keeping the weight of the saw head down. The result was the new RS2 HFi which is a unique high frequency-controlled wall saw with a width in use that is difficult to match.

“RS2 could be called a small-medium-large saw as it is small, light and compact, but has a high performance and capacity,” says Elin Skantz, Tractive’s marketing communications manager. The saw can handle blade diameters of up to 63 in (1,600mm). A single cable links the Pentpack with a newly developed and unique connector that sits on the saw head. Here all important data is collected and passed on for control of the saw.

“RS2 became even better than we could imagine,” Skantz adds. “It has everything. A few years ago, it was unthinkable that we, who are snowed into mechanics and gearboxes, have now landed in a product with less mechanics and greatly increased electronics. RS2, for example, has much fewer gears,”

There are sound arguments for the new Pentruder RS2 having integrated motors with slip clutches. The 24-hp (18kW) drive motor is integrated, as are two brushless feed motors, one motor for the saw arm rotation and one for the saw’s movement along the rails. Both feed motors can be used simultaneously. The saw is waterproof and has blade rotation in both directions. The saw has been made very easy to establish, partly because the saw head weighs less than 55 lbs (25kg), and is equipped with smart and simple quick couplings for the blade both in terms of putting it in place and being removed.

RS2 uses the same rail system as other Pentruder HF saws, which means maximized stability and the best possible handling in the workplace. It has easy mounting of the saw on the rails, with the same mounting distance for the rail feet as other HF saws. All servicing and maintenance can be performed with standard tools. Also, worth mentioning is the new light and stable blade guard that is easy to loosen and put in place and provides very good protection against splashes from the blade. The new Pentpak 3 is sturdy and has a built-in Type B earth fault circuit breaker.

Developed and manufactured completely within our own walls

“The entire new third technology platform has been developed by us, even the control box itself for the saw,” says Kristoffer Johnsen. “I would like to say that it is ‘state-of-the-art Pentruder’. In general, the saw contains far fewer components that can break than in previous saws.”

Johnsen adds that all components have been refined and improved upon from the second-generation machines, which used some standard components.

“We have managed to make the third platform extremely reliable without any loss of power and have created a saw with an efficiency of as much as 93 percent,” he adds. “The saw also has high torque and a large speed range, while the Pentpak 3 can withstand high heat.”

Tractive is also unique in that the company performance its own metal processing. The company buys the best possible aluminum and mills out each component. This is one of the reasons why production facilities are so packed with advanced machinery.

“Milling instead of casting gives a significantly higher durability in the goods and our machines become more durable and last longer,” says Skantz.

In terms of capacity, there is still a lot of room to increase production, but the bottleneck is, as mentioned, the space itself in the machine hall and warehouse. Peil says the company is actively working to expand the facility within two years.

“We already have the land,” she says. “What we need most is more storage space and production areas.”

Because Tractive reflects the values of a large family, the organization is extremely flat, and decision-making paths are very short. Everyone in the company is fully involved in what happens in the company and can exert influence. This approach proved beneficial during the pandemic, given the need to quickly adapt processes and routines to new reuqirements.

“We really want to pay tribute to our staff, who have always been extremely committed to the company,” says Peil.

Adds Kristoffer Johnsen, “We have no ambitions to work ‘lean,’ we run our own race without ‘toolboxes’ and platitudes.”

The siblings also emphasize that the company’s resellers as an extremely important link in the sales and service network. The company has a very flexible, reliable, and strong sales organization located in all corners of the world. This flexibility is of direct benefit to customers.

“A high level of service and sales is extremely important, and the customer should easily reach us when they need help,” Skantz says. “We also like to be over-equipped with machines, components and spare parts in stock just so that we are sure that we can deliver immediately when a customer needs it. We do not see a large warehouse just as a cost, but as an important resource and service measure for the customer. Satisfied customers come back and spread good word-of-mouth recommendations.” 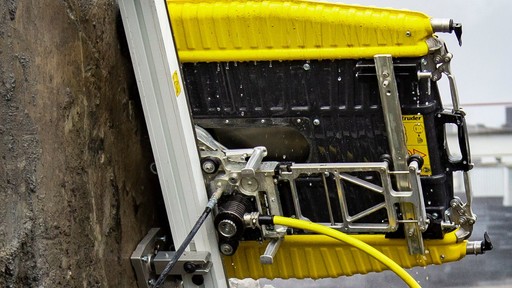 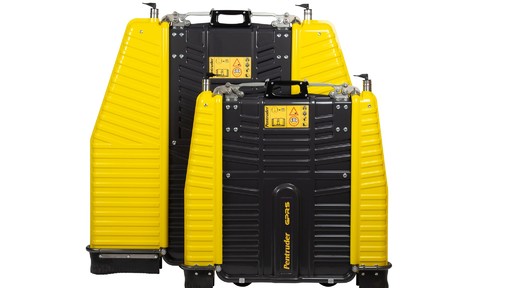 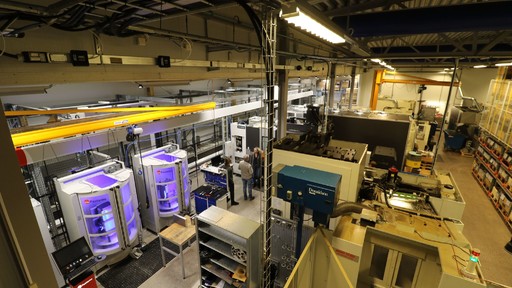 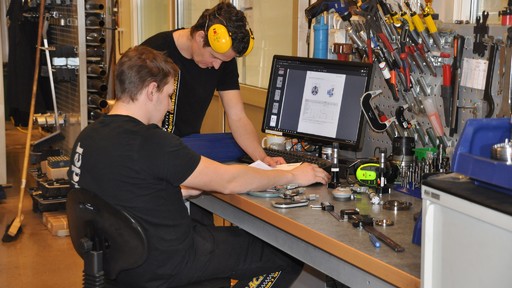 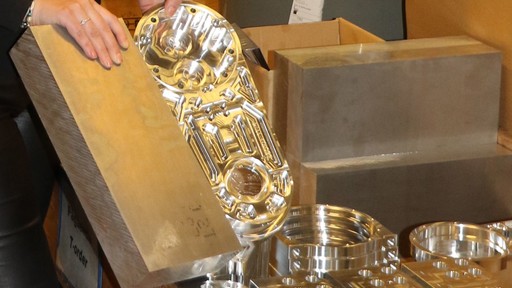 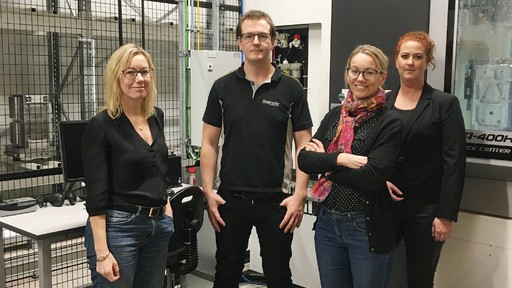 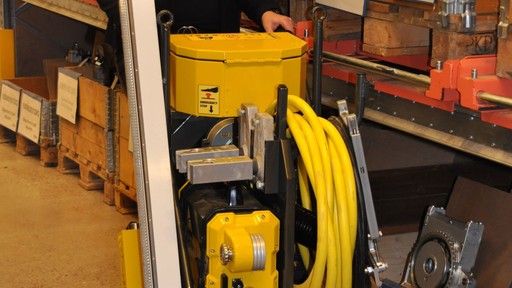 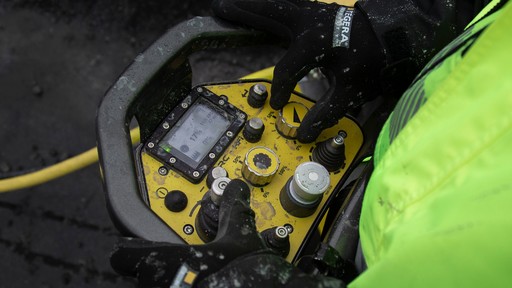 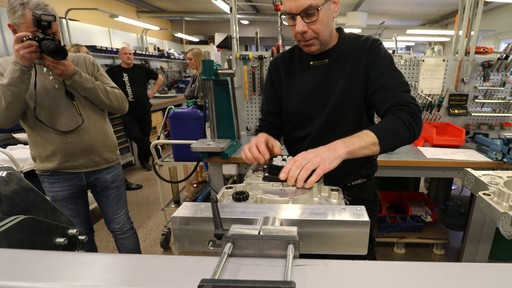 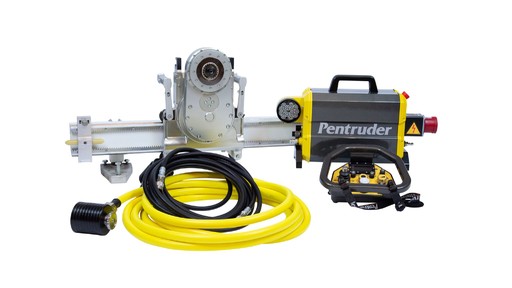 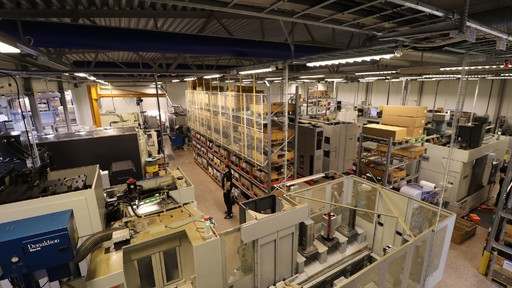 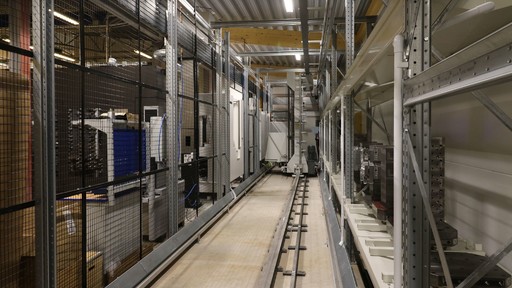 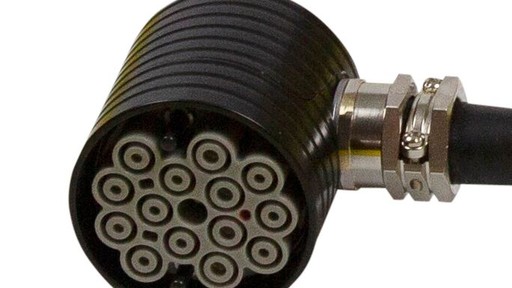