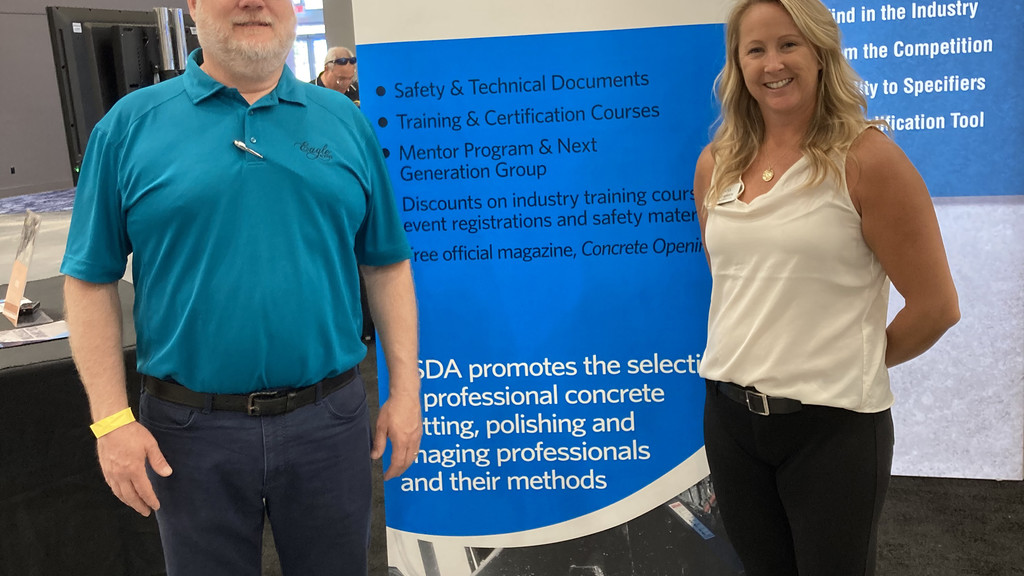 This year’s World of Concrete was rather “bumpy,” with many attendees opting for fist-bumps instead of handshakes as an added anti-Covid safety measure. But Mike Orzechowski didn’t mind a bit. Whether he was answering questions as DITEQ’s Engineering Manager of Equipment or discussing industry issues as the newly installed president of the Concrete Sawing and Drilling Association, Orzechowski was simply happy to be back greeting customers and colleagues, and soaking up the prevalent optimism about construction’s post-pandemic prospects.

Having been a familiar face at these events for many years, it’s somewhat surprising to learn that Orzechowski is a relative newcomer to the industry. But then, Orzechowski himself is a lifelong learner. He earned a Bachelor’s degree in Mechanical Engineering from Western Michigan University, and a Bachelor’s degree in Physics from Grand Valley State University. He also spent a summer as an exchange student in Krakow, Poland, studying economics as well experiencing the land of his ancestors. Orzechowski’s early career pursuits included automation equipment design, and providing technical support to the U.S. Army’s Aberdeen Proving Ground testing facility In Maryland. There, he designed test support equipment for measuring pyroshock (the dynamic structural shock resulting from an explosion or impact), rollover stability, and other factors.

In the late 1990s, Orzechowski brought his engineering expertise to Equipment Development Company (EDCO) in Frederick, Md., spending more than a decade overseeing design, testing, and training on construction equipment primarily focused on the rental market. He knew then that he’d found the perfect match for his skills and interests.

“I have the benefit of seeing equipment from the perspective of an engineer through all aspects of the life cycle,” Orzechowski explains. “It begins with identifying the need for a new piece of equipment or modification, taking it through the design and testing phase, then integrating it into production, training customers and salespeople for field implementation, and, finally, providing the ongoing technical support.”

In 2008, Orzechowski joined Lenexa, Kansas-based DITEQ in a similar role to help the company expand its product line. He also brought a strong commitment to industry professional associations begun during his EDCO years, when he was an active participant in the Saw Manufacturers Institute (SMI), a technical arm of the Association of Equipment Manufacturers that focuses on diamond tools and equipment for construction.

“AEM/SMI had several joint meetings with CSDA,” Orzechowski recalls. “At one of them, I was invited to chair CSDA’s Standards and Specifications committee, which I took on in 2004. For several years I was active in both organizations, and eventually dedicated my focus on just CSDA.”

Orzechowski’s CSDA involvement has included stints as board member, secretary/treasurer, and vice president before being elected to the top job this year. He’s also a frequent speaker and trainer on topics such as various types of construction equipment, concrete surface preparation and polishing, and safety.

While associations support their respective industries in many ways, Orzechowski says CSDA is particularly well-structured to serve the needs of its members.

“CSDA is primarily a contractor association, with the contractor members and the work they perform as the primary focus,” he says. “Because many manufacturers are also actively involved, we can foster a valuable two-way dialogue, with manufacturers gaining a better understanding of the contractors’ true needs, and the contractors having a direct voice to the companies that produce their equipment.”

He cites development of Specification documents as one of the many ways CSDA has benefitted the industry. The documents clearly define expectations on a typical job to identify aspects that should be included, and those that something that needs to be addressed separately on the contract and/or scope of work. One example is on the ownership of holes a CSDA contractor creates during a cutting job.

CSDA also develops Standards documents to clearly identify benchmark metrics such as blade arbor configurations to ensure accurate purchasing. Best Practices documents and white papers are designed to educate the contractor, specifiers, owners, and others on what is currently the accepted best practices for the industry on performing these specialty tasks.

Orzechowski notes that CSDA has expanded its scope over the years to include new niche areas that directly affect many of its contractor members. One example is Ground Penetrating Radar (GPR), which becoming more widely used to identify infrastructure systems concealed underground or inside buildings.

“CSDA developed standards and best practice documents, training and certification for using GPR in concrete slabs and walls,” Orzechowski says. “All the major GPR manufacturers participated in these documents to make them applicable to the task and not inclusive to specific technology. In fact, the GPR documents have gone as far as standardizing the floor markings on the floor to show embedded building system components.”

Orzechowski insists that CSDA is an organization for everyone in the concrete sawing and drilling industry, not simply large contractors with large budgets.

“While it is true large contractors have the resources that allow them to be more involved in the committee meetings and other activities, those efforts go a long way toward benefitting smaller firms as well.” For example, big companies are frequently structured by a small team designated as a “truck” so that the actual work performed is the same or very similar to that of the small companies.

“Truth be told, many of the big companies were once small,” Orzechowski adds. “They understand they need help and support to grow.”

During his two-year term as CSDA president, Orzechowski hopes to continue the fundamental practices that have helped the organization achieve its current status, and promote CSDA to specifiers and general contractors. That includes raising the profile of the CSDA Company Certification Program, a discipline-specific audit that addresses areas such as sound business practices, maintaining proper Insurance levels, regular employee safety training, and proper use of the equipment.

“By promoting certified CSDA companies that have met a threshold of quality and safety expectations, general contractors can confidently subcontract out specialty work without a complicated vetting process and additional training requirements,” he says. “We also need to work with IACDS [International Association of Concrete Drillers] to help harmonize specific standards for global application.”

Of course, Orzechowski will also be tending to his responsibilities at DITEQ. In addition to product design and development, purchasing, training, and marketing support, he’s part of the team helping integrate recently purchased grinder manufacturer Stonekor/Eagle into the organization.

“We provide high school engineering students with real projects to research and develop unique solutions,” Orzechowski says. “Thanks to Zoom, we managed to have active projects during the pandemic shutdowns.”

Twenty-three years in the construction industry may make Orzechowski a “newbie” in the eyes of some industry veterans, but there’s little doubt he’s still witnessed a fair amount of change and evolution.

“If you look at magazine articles and ads from even just a few years ago, you can see significant changes to the equipment and the techniques,” he says. “A core drill is still a core drill, but many design improvements have made them more effective higher power-to-weight ratios, and easier maintenance, to name just a few. We are also using flocculants and super-absorbent polymers to help control and dispose of slurry. And, there have been big changes in dust control using the kinetic energy of the disc or blade to maximize the efficiency for dust collection.”

That’s probably why Orzechowski feels truly “at home” in construction. “There’s always something new, and even an incremental change can make a big difference,” he says. 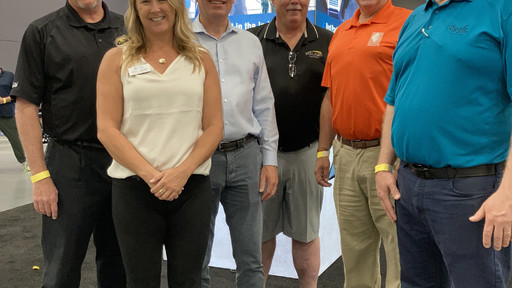 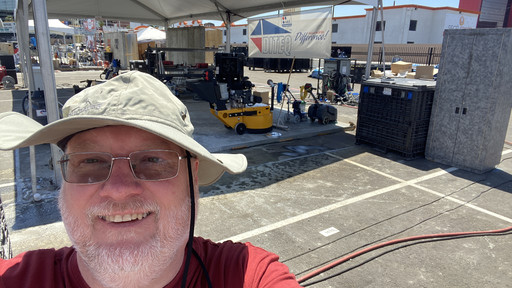 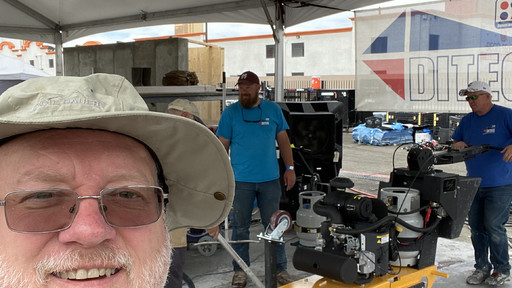 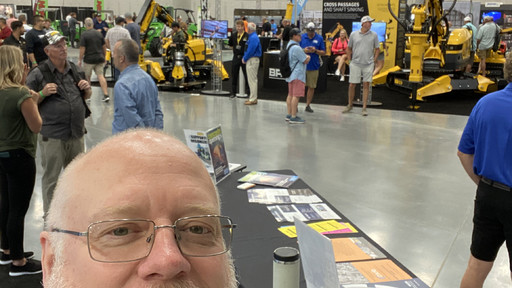 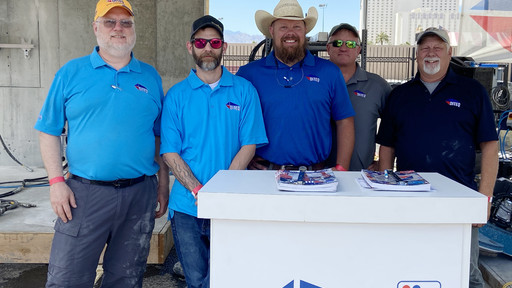 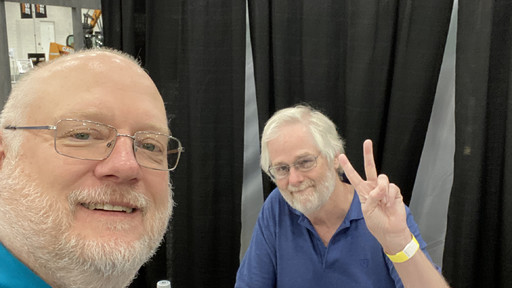