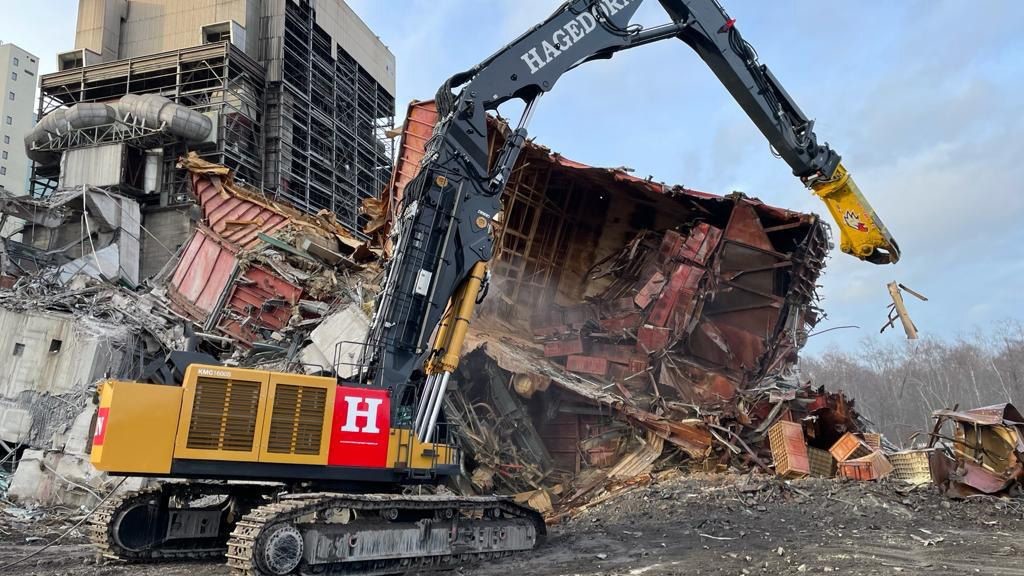 Lünen is the largest city in the Unna district of western Westphalia in western Germany. The power plant of the Hagedorn group was part of the Rhein-Ruhr municipal services consortium between 1938 and 1941 for the supply of a nearby STEAG aluminum plant. In 1968, the power plant added an 820-ft (250m) tall chimney—the tallest structure of its type in Europe at the time.

In March 2019, the plant’s increasingly difficult economic sustainability led STEAG to ask the Federal Network Agency for the definitive closure of the plant’s units 6 and 7. Kiesel GmbH, the company in charge of carrying out this important demolition, began dismantling the facility in June 2020.

The first phases of the demolition were carried out with the use of explosives, starting with the flue gas desulfurization system, followed during the first months of 2021 by the electrostatic precipitators, the combustion gas denitrification system, and the cooling tower and chimney.

After the initial demolitions with explosives, necessary to deconstruct the imposing protections of the plant, the project team proceeded with a more precise and silent controlled demolition.

For the building that housed the electrostatic precipitator, mainly made of iron, the Mantovanibenne SH700R Eagle II demolition shear was chosen to cut and demolish the internal iron and steel structure. Designed specifically to deal with iron structures and the demolition and future recycling of steel and derivatives, the SH700R was perfect for tackling the imposing iron structure that covers the plant, cutting and demolishing with force and precision, section after section.

The 230t shear was mounted on the largest demolition excavator in Germany—an imposing KMC1600S, born from the collaboration of Hagedorn and Kiesel.

So how does a 300t machine arrive at its destination? Up to eight transporters were required to move the excavator and all its work equipment. The transport weight of the superstructure alone (without trolley and counterweight) is 76t. The counterweight weighs 40t, and each heavy truck comes with 22t. An integrated hydraulic lifting system allows freight vessels and counterweight to be loaded independently.

The SH700R is just one of the dozens of shear models in MBI’s Eagle Shears line dedicated to the world of iron recycling and demolition. 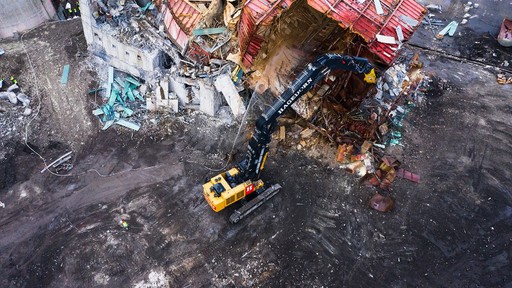 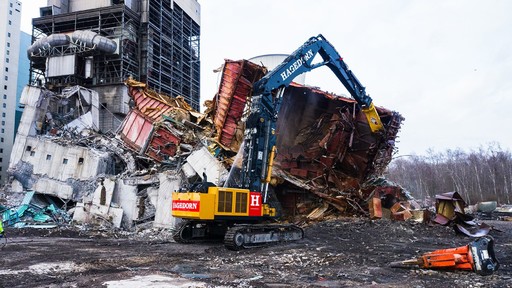