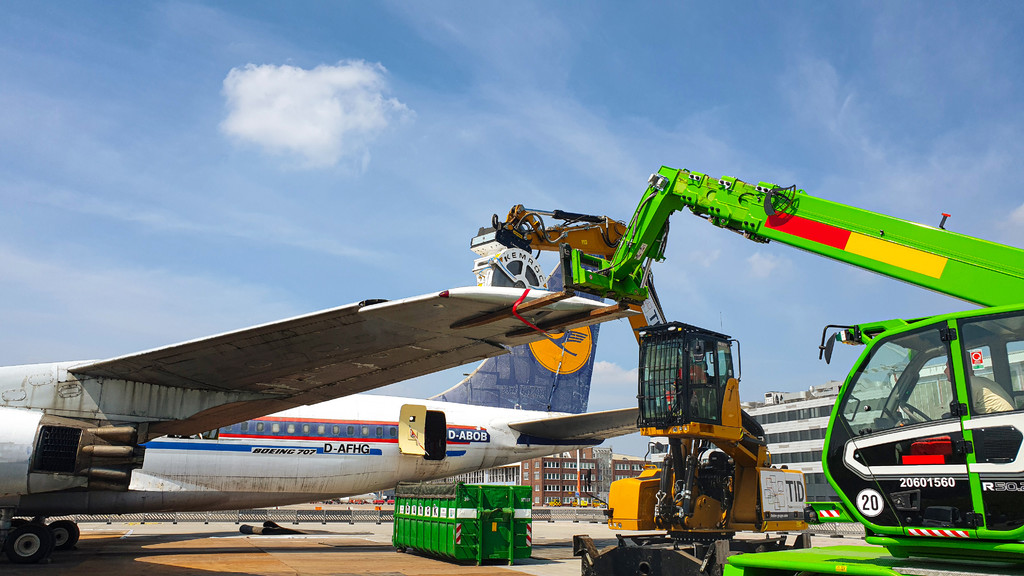 When no economical reason could be found for saving it, a 65-year-old Boeing 707-400 was scrapped in the Hamburg-Fuhlsbüttel airport on June 10th, 2021. To break the aircraft down, Thelen Industrial Demolition GmbH (TID) decided to use a KEMROC diamond saw attachment mounted on their own material handler. Some of the more valuable sections were due to be auctioned off in September.

With a buzzing sound, the diamond saw cuts through the left wing of the old disused Boeing 707-400 at Hamburg Airport. The outer end of the wing has already been cut off, and the operator cuts through the thin aluminium wing on the inner side of the engine. This is not a testing task for the powerful attachment mounted on the telehandler belonging to Thelen Industrial Demolition GmbH (TID). The forks of a telescopic forklift have been placed under the jet engine to prevent it from falling once it has been cut free from the rest of the aircraft. Final separation of the jet engine is carried out using a shearer and the engine is then lowered, strapped securely and transported away.

“We fought with the engine for an hour”, reported Jens Hamann, head of the Hamburg branch of TID. He had rented the KEMROC diamond saw from Tristan Vierbergen, an ex-colleague who is now Managing Director of Arvi, a Dutch supplier of demolition tools. TID had won the contract to scrap the 46 m long aircraft by cutting it into segments and saving historically valuable components for sale by auction in September 2021.

The KDS range of diamond saw attachments from KEMROC were developed for cutting through concrete, reinforced concrete, rock and fibreglass reinforced plastic. High rotation speeds combined with a large variety of saw blades make them highly effective in a wide range of applications. The KDS 50 mounted on TID’s CAT MH 3024 telehandler made light work of the aluminium components on the Boeing 707. “Dismantling the Boeing correctly required precision tools”, said Jens Hamann, explaining the logic behind his choice of attachment, “so it made sense to use the KEMROC diamond saw, which is known for its precision.”

The jet aircraft era started for Lufthansa in 1960 with the Boeing 707 aircraft. In the same year, the aviation company took possession of the aircraft named “Frankfurt” and known with the identification DABOD. It made its last scheduled flight a good 15 years later. The aircraft was then based at Hamburg Fuhlsbüttel Airport and used for training technicians. In 1999, the airport purchased the aircraft for a nominal amount of one Euro and it was then used for exercises and as a film set. When the upkeep costs became too expensive, the owners tried to auction the four-engine jet as a whole but no buyer was found. The decision was then made to dismantle the aircraft and auction off individual components.

Thelen Industrial Demolition specialises in industrial assembly, dismantling, demolition, asbestos removal, environmental technology and fire damage restoration throughout Germany. On May 10th 2021, exactly one month before the deployment at the airport in Hamburg, TID employees had scrapped a discarded Boeing 707-400 at Berlin Tegel Airport. In Berlin they had used shears and a grapple. Jens Hamann said that both Boeings were scrapped in different ways but the time to complete the work was about the same. “In Hamburg, the diamond saw proved to be very precise, allowing us to cut out the largest possible sections of the Boeing 707 in their original state, thereby maximising the value of each component at auction.” The graduate engineer then added, “Certainly, we can imagine using the KEMROC diamond saw attachment for similar tasks in the future”. 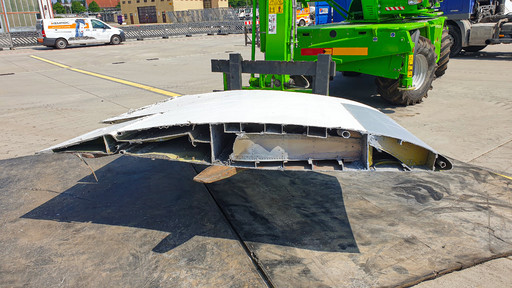 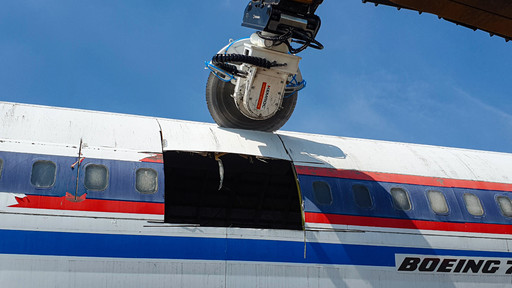