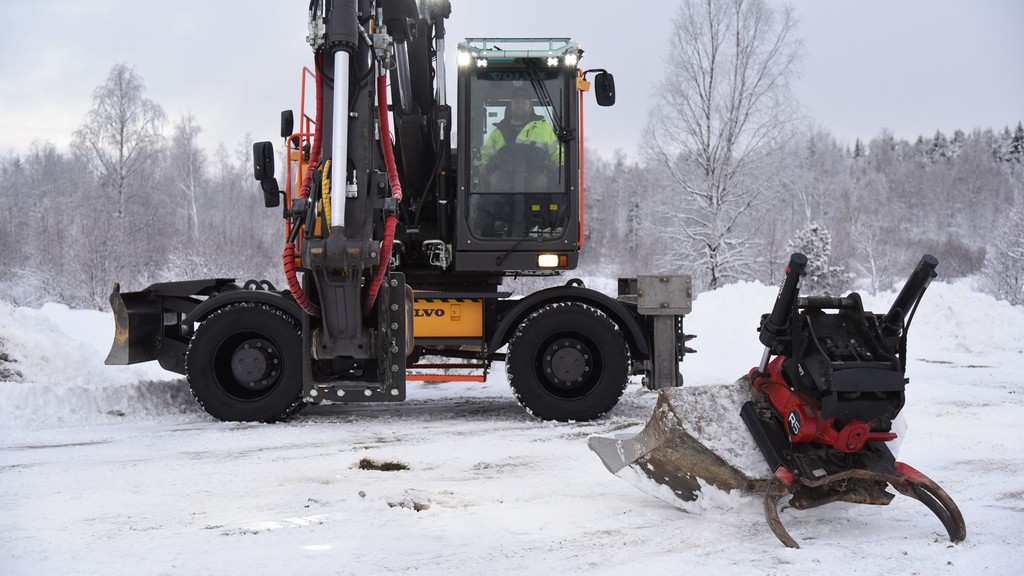 The fully automatic quick coupler system means a large increase in efficiency as the excavator operator does not even have to leave the cab to switch between different hydraulic implements. At the same time, safety increases significantly as no one needs to move around the machine in connection with tool changes.

Rototilt has also integrated the SecureLock safety lock into the new system, which means that the machine operator receives a clear acknowledgment that the tool under the bracket is correctly connected thanks to a built-in lock sensor in the cylinder.

One of the goals for Rototilt has been to develop a system that will be able to handle high-flow-demanding tools available on the market. Own tests and measurements also show that that goal has been achieved even more than expected. Both the test drivers who have been able to try Rototilt QuickChange in advance and customers who are now investing in the new technology welcome the system.

“It is a completely new world, a very stable quick coupler with automatic connection of the hoses which means that I never have to get out of the machine to change tools,” says Johan Lindberg at Lindbergs Last och Planering in Norsjö, Sweden. “Those who have never intended to invest in this technology should also not try, because once you have tested, you cannot do without. It’s that good.”

Colleague Matti Ainasoja adds that being “a bit traditional,” he was skeptical about QuickChange. That’s changed after a year of experience. “The feeling is a bit like when you have just taken a driving license, the freedom,” he says. “In addition, I can quickly remove the tiltrotator and put the implement directly on the system’s machine mount and thus get extra power when I, for example, drive a tooth scoop or frost hook.”

The time aspect is another advantage, according to Robert Viklund of Viklunds Gräv AB in Sweden. “I save several hours every day,” he says, “but the most important thing is still not the time, but that the job is done in a safe and correct way.”

Another advantage for the driver is that Rototilt QuickChange is based on the open standard for fully automatic quick couplers for excavators, Open-S. It is a further development of the symmetrical quick-fixing standard for excavators, the S-standard, which gives machine operators and contractors freedom of choice when it comes to combining tiltrotators with implements from different manufacturers that are included in the standard.

“We believe in healthy competition, where industry players compete to have the best products, not to lock customers in a closed interface,” says Anders Jonsson, CEO of Rototilt, which together with Steelwrist is the initiator of Open-S. “If the customer buys a tiltrotator from Rototilt, you should feel confident that all hydraulic implements that follow the Open-S standard fit together.”

Open-S is owned and managed by an independent organization, Open-S Alliance, which in turn is led by a council of technicians from a growing group of member companies.