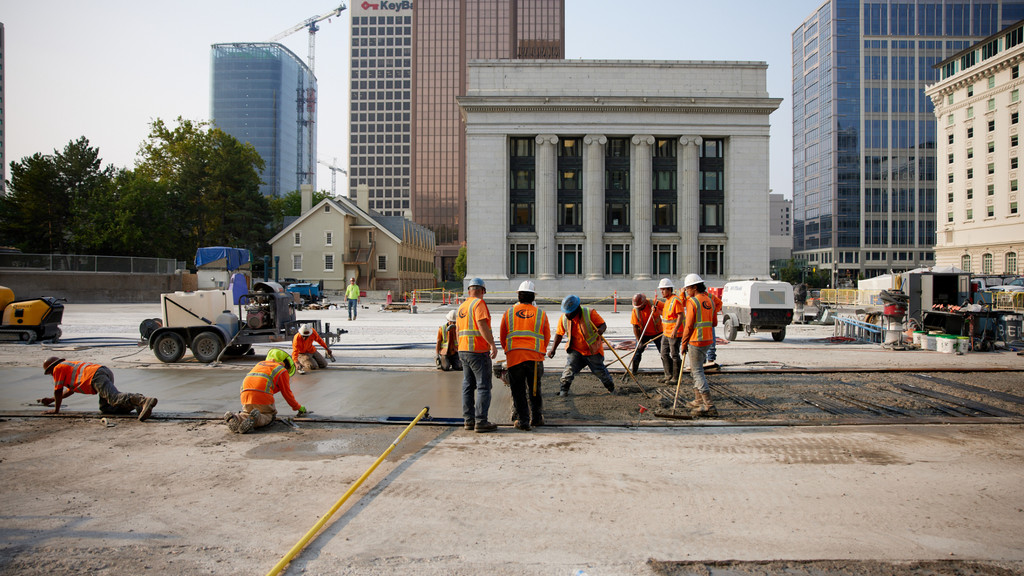 To support expected economic growth, experts predict that massive global infrastructure investment will be needed between 2017 and 2035.

The question arises however if the labor market will be able to support any investment. Clearly, there is a need for automation that can maximize productivity, particularly when it comes to infrastructure construction projects. Fortunately, innovative equipment manufacturers, such as Conjet AB, and its customers, are working hard to solve these challenges. An ongoing car parking deck rehabilitation project in Salt Lake City, Utah, provides an excellent case study on this subject.

In December 2019, the Church of Jesus Christ of the Latter-Day Saints began a large renovation project in the heart of downtown Salt Lake City, Utah. Set amid administrative buildings, the plaza consists of an impressive landscape of fountains, flower gardens, grass, and other vegetation. Below the plaza a three-story garage built in 1962 had been experiencing leakage from the water circulation system and landscape directly above. To clear the landscape area for renovation and address the leakage, the entire plaza of landscaping and concrete architecture would have to be removed along with the waterproofing layer on the carpark’s concrete roof. Complicating matters, the waterproofing layer contains asbestos from the original construction. As structural engineers developed the scope of work and renovation timeline for the plaza, they estimated that excavation would reveal 2% to 5% delamination of the concrete roof.

The Church hired Jacobsen Construction to serve as general contractor in charge of the overall renovation of the Salt Lake Temple and Temple Square. In March 2020, renovation work began with site excavation, where it was discovered that there was, in fact, a 70% to 90% delamination across the entire 2.1 million ft 2 (200,000m2) roof area. This unanticipated condition presented a major risk of significant project delays. Jacobsen quickly called in a demolition subcontractor to start removing the top layer of damaged concrete, totaling between 140,000 and 180,500 ft2 (13,000m2 to 16,722m2). The subcontractor immediately got to work with a crew of 12 operating six large jackhammers. However, it became clear that the project would be delayed by an additional two years, minimum, due to the massive amount of concrete to be removed. At this point, Jacobsen’s culture of resourceful creativity came into play as it searched for innovative technologies that could automate and increase efficiency compared to the manual jackhammer removal process. Fortunately, it did not take them long to discover the ACRTM robots manufactured by Conjet AB.

Jacobsen and the Conjet team had a detailed meeting where Conjet explained the efficiency, safety, and quality advantages of ACR™ and hydrodemolition. Jacobsen then connected Conjet with one of its most capable subcontractors, TID Demolition, which could further investigate the application and advantages of ACR™ for the renovation. Although TID had no prior experience of hydrodemolition, Conjet’s team was able to explain the process and answer all of their questions, such as the key factors to consider when performing hydrodemolition, the ACR™ robots’ operation, productivity capabilities as well as how to handle water containment and treatment.

After multiple meetings with Conjet, Jacobsen and TID decided to try out the ACR™ technology. In June 2021, TID purchased a Conjet ACR™ Robot 557 standard model and began work on the Temple Square renovation.As the Robot 557 was delivered to TID, Conjet provided start-up training using the Conjet University curriculum. In the first week of operations, TID’s main operator became comfortable using the Robot 557. By the second week, the productivity advantages of ACR™ became clear. The Robot 557, along with two TID employees, was removing on average each hour the same amount of concrete that required the previous contractor to spend three full days with 12 employees using jackhammers.

TID’s early productivity results caused project engineers to re-evaluate the timeline once again. The initial phase of work involved a 64,000 ft2 (6,000m2) removal area. Using jackhammers, it was estimated to take until February 2022 to complete this initial phase. However, with the ACR™ Robot 557, TID finished this removal in September 2021. In fact, due to sequencing conflicts with the garage below, TID has begun moving the 557 for work on other jobsites in between work sprints on the plaza project. Along with the ACR™’s productivity gains, there have been other, more qualitative benefits. Because the plaza is surrounded by offices, Jacobsen was receiving many complaints about the loud noise created by jackhammering. In contrast, the Robot 557 and pump are relatively quiet and have drastically reduced the number of noise complaints from surrounding office workers.

“We have been extremely impressed with both the ease of use and the productivity of the 557,” says Travis Keenan, TID’s project manager. “With the ‘Conjet One’ operating system and just a couple days of training, our field employees were able to quickly become comfortable and adept at the ACR™ process.”

Keenan admits to being “blown away” by the productivity gains. “When we first were brought into the Temple Square project, the general contractor set what we thought was an aggressive target for concrete removal per day,” he explains. “With Conjet’s ACR™ technology we have been able to actually exceed that target. We could not be more pleased with our decision to bring the ACR™ Robot 557 into our arsenal of tools.”

When the unexpected bad news was first heard by Jacobsen that the amount of delaminated concrete in the plaza was way higher than the original estimates, the timeline for completion was pushed back two years to July 2023.

Since adoption of the Conjet ACR™ Robot 557, the completion date for removal of all delaminated concrete was moved up to July 2022—a full year earlier than would have been possible using the manual jackhammer process. In addition, TID estimates that the automation and productivity of the 557 has reduced the amount of labour needed by 30,000 to 40,000 staff hours. 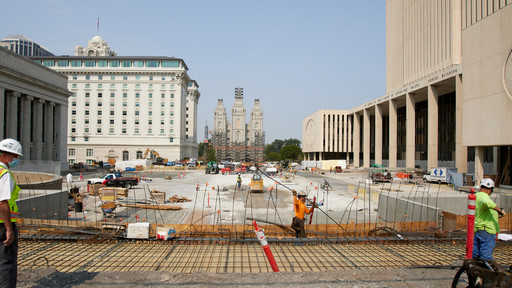 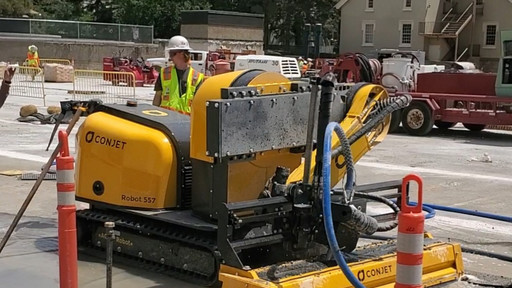 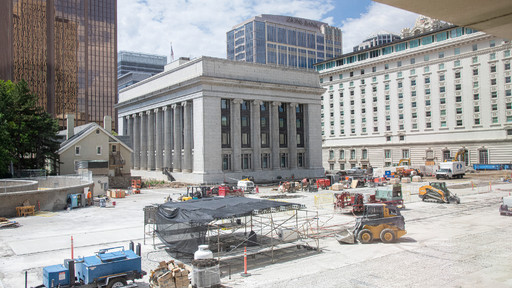 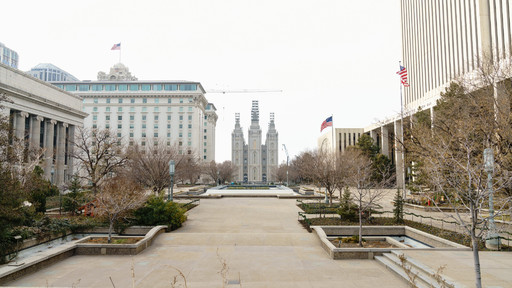 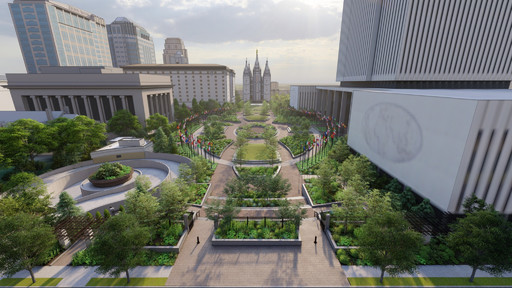