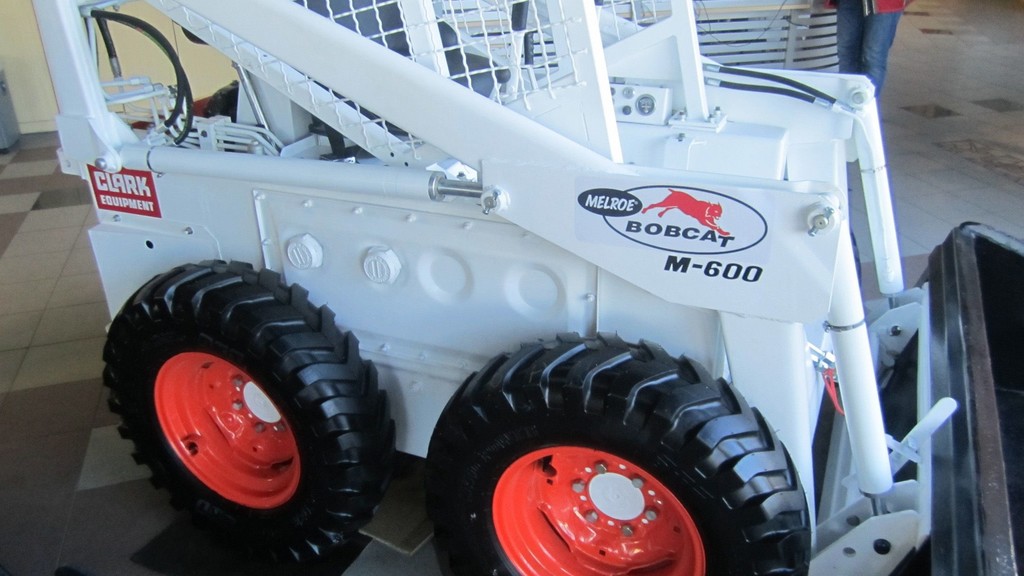 Kono, an authorized Bobcat dealer in Latvia, has completed a project to renovate a very rare and historic Bobcat M-600D skid-steer loader. The M-600D was first introduced to the Bobcat range in 1967, and was a popular model for nearly a decade. Ivars Gailums, a Kono executive, found the classic model for sale by a German used equipment supplier in 2018. Gailums couldn’t pass up the opportunity to buy it, particularly since the model was manufactured under license in Germany, rather than by Bobcat’s North Dakota factory. Gailums estimates the unit was built between 1970 and 1972, when Bobcat brought all manufacturing back stateside.

To rebuild the M-600D as authentically as possible, Gailums called on Robby Bosch, a recently retired Bobcat field and sales trainer with more than four decades of knowledge about the products. Jurgen Gremez, a director for Bobcat Institute Director in the Czech Republic also provided guidance.

“The first thing Robby asked me was whether or not the rear counterweight was still present, as this tends to be the first component that disappears,” Gailums says. “Fortunately, it was still in place. The chaincase and chain had also survived the years of service in pretty good condition.”

However, the engine cooler on the Deutz engine presented a real problem as the original was heavily corroded and it was not available as a spare part. “We managed to get it from Deutz, where it was also one of the last parts of its type in their stock, Gailums adds. “Other parts, however, were more difficult to find because of their age.”

Another challenge was finding out what the M-600D really looked like, as there were several engine variations that affected how the overall machine appeared.

“I have focused on every aspect, even whether the bottom of the seat was one piece or sewn together, as well as the color of the bucket,” Gailums says.

Over the past two years, Gailums has worked on the renovation in between jobs with the assistance of three Kono service engineers. Sandblasting and powder coating services were outsourced and the leather seat was restored by a company which specializes in restoring old motor vehicles and rebuilding expensive modern cars. Gailums even enlisted family members to track down unique spare parts, as well as authentic stickers for Melroe Manufacturing Company, the forerunner to Bobcat; the late-60’s “animal” logo; and Clark Equipment, which bought the rights in 1968 to sell Bobcat loaders outside the US.

The fully restored and operational M-600D now occupies a place of honor in Kono’s showroom, where it will be enjoyed for many years to come. 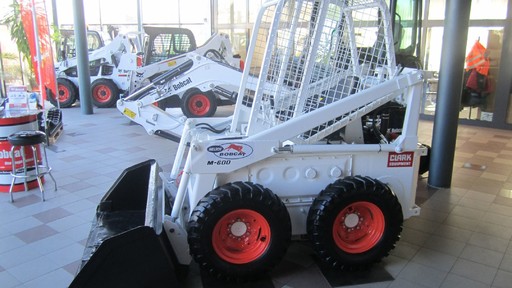