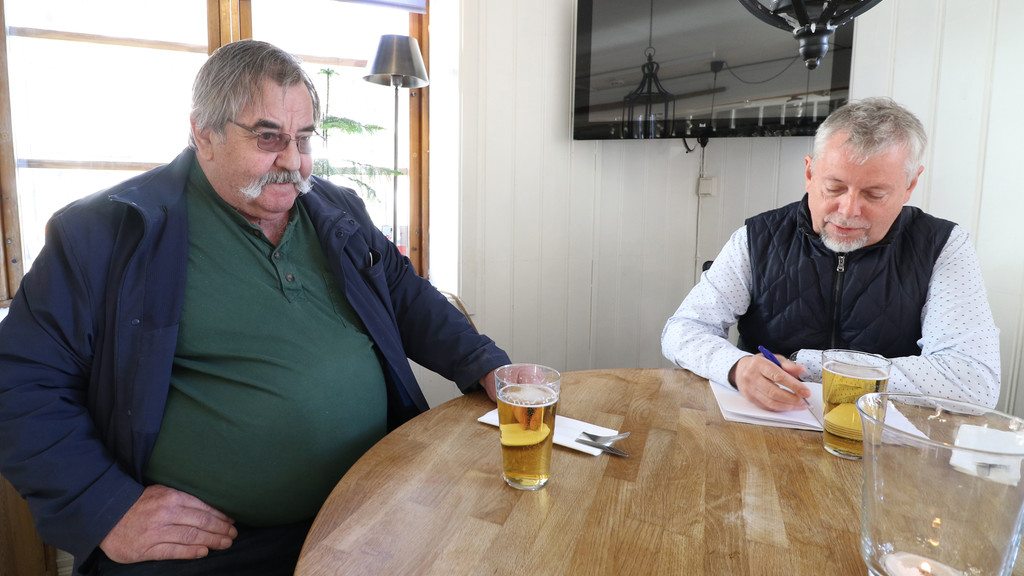 Back To the “Old Country”

Roy Johansson was one of the first pioneers in robotic demolition to help teach American contractors the technology. After 36 years with Brokk in New York, he returns home to the “old country” of Sweden.

Roy Johansson has made a fantastic journey in the demolition industry since the 1970s when remote controlled demolition robots were a unique innovation. Now, you can say that the circle has closed.

Born in 1951, Roy grew up in the small town of Lilla Edet, north of Gotheburg. He began his career in the demolition industry in the early 1970s with a local contractor, Besab, and would later open the company’s branch office in the city Karlstad. In 1981, he and a colleague started a new company, Rivteknik, which quickly became Sweden‘s biggest chain of demolition companies.

It was Brokk’s U.S. market entry in the late 1980s/early 1990s that robotic demolition began to flourish in earnest. The market potential was huge, but few people in the country knew the ins and outs of their operation. Several experienced Swedish operators had already crossed the Atlantic to try their luck in the US demolition industry, and it wouldn’t be long before Roy joined them.

The tunnel as a turning point

Brokk’s true U.S. breakthrough arrived in 1983, with the renovation of the Holland Tunnel, which connects lower Manhattan with New Jersey under the Hudson River. Brokk robots would be used to remove water-damaged cladding on walls and ceilings. Roy’s colleague, Roland Jarl, decided to travel over and help with the work and shortly afterwards Roy also moved to participate in the work. The year was 1984 and Roy was 33 years old.

“There was basically as much work as possible in the tunnels, including in Manhattan and around New York,” Roy recalls. “Demolition robots became a bit of a revolution in demolition work.”

That meant any plans Roy might have had about returning home would be put on hold. Opportunities with U.S.-based demolition companies in the Northeast eventually led him to Beaver. In 1993, owner Marvin Livson decided to retire and offered his son-in-law Mitch Schumer and Roy the opportunity acquire the company’s machinery. In January 1994, they debuted their new company, Robo Breaking Company, Inc. in Port Chester, N.Y., just northeast of Manhattan. The share their location with Concrete Cutting Company in Port Chester, and frequently collaborate on projects.

Robo Breaking has since grown to 20 employees and a fleet of 36 Brokk robots, with every kind of attachment imaginable. For a while, Roy’s son Roger came over from Sweden to work for his father, and has since put down roots in the U.S.

From the start, Robo Breaking has always had a big backlog, as metropolitan New York City and the surrounding area has no shortage of demolition needs. Their assignments have included bank vaults, skyscraper interiors, subway stations, rail bridges, viaducts, highways, building foundations, wharves and much more have been demolished.

Roy especially remembers the events around 9/11 when two hijacked passenger planes crashed into the Twin Towers skyscrapers in Manhattan. PDa’s editor-in-chief Jan Hermansson was in New York at this time and could see up close the devastation when both the skyscrapers fell and nearly 3,000 people died.

“It was a terrible event that shook the whole country and the whole world,” Roy says. “I remember being in a boat on the Long Island Sound the evening before and that was the last time I saw the two towers standing in the horizon. We worked a lot with the reconstruction in the area around what is today called Ground Zero.”

Though eager to help his adopted country rebuild from the tragedy, Roy suffered some work-related injuries during that time, as the polluted air in the subway stations beneath Ground Zero damaged his lungs.

“It eventually became difficult to work with the actual demolition tasks,” Roy says, “so in recent years I have instead monitored the work and handled equipment transports.

Roy has enjoyed his years in the U.S., but the approach of his 70th birthday and the sentimental pull of his homeland had him thinking about finally making that trip back across the Atlantic. After retiring last year and leaving Robo Deomolition in Mitch Schumer’s capable hands, Roy relocated to Fjällbacka on the Swedish west coast.

Though he may occasionally gaze wistfully out toward the ocean toward his home for 36 years, he’s more than happy to home and living just a few miles from where he grew up.

“I still have my mother who is 87 years old and my daughter Ellinor and her family in Gothenburg,” Roy says. “I also have siblings nearby. But I also miss my son and grandchildren in the U.S., and that constant pulse of activity in New York that was part of my everyday life for several decades.”

Still, nothing can take away Roy’s many contributions to the demolition industry, particularly his informal role as an ambassador for Brokk’s remote-controlled demolition robots from Brokk. Along with being one of the first entrepreneurs to invest in the technology, he’s helped countless colleagues in the U.S. become experts in their own right.

And he has no shortage of admirers. PDa editor-in-chief Jan Hermansson, who has gotten to know Roy well over the years, says “it has been a privilege to have document Roy’s professional life in numerous stories over the years. 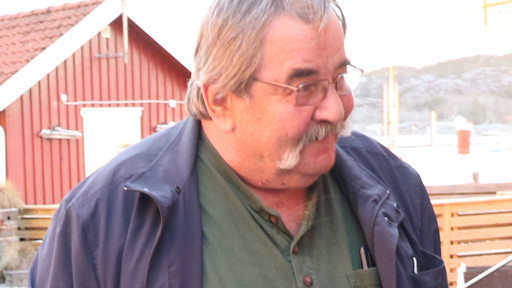 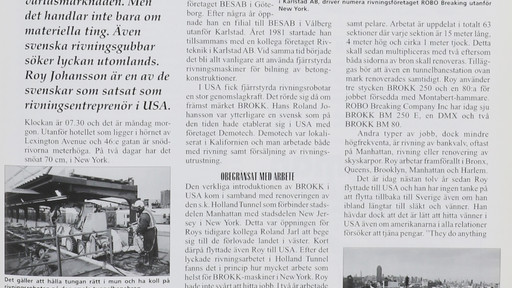 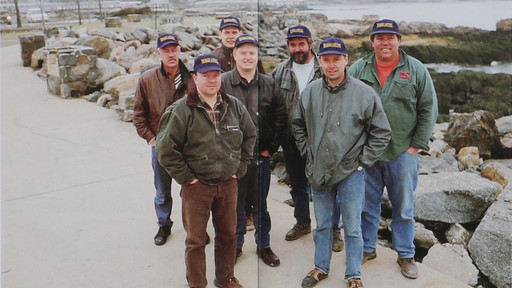