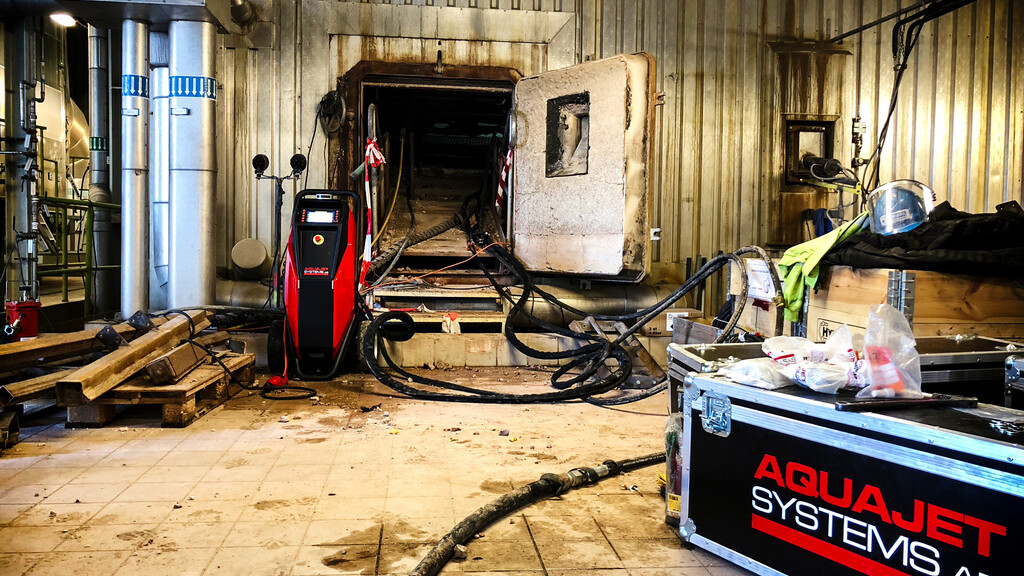 Aquajet made its debut at Germany’s IFAT trade show to introduce its Ergo System, an innoviative industrial cleaning solution to the water, sewage, waste and raw materials management industry. The Ergo offers four times the power of a hand lance and provides maneuverability and power through remote operation to keep workers out of harm’s way during hazardous cleaning applications.

Using a number of productivity-enhancing attachments, the Ergo System can be operated remotely for efficient cleaning and removal of material in boilers, tanks, pipes and other industrial containers, and conduits.

The Ergo System incorporates the controller unit, which powers and controls the hydraulics, the Ergo Power Head, which manipulates the high-pressure lance, and either the spine or the climber, which are unique systems used to support and maneuver the power head, based on project needs. The climber attaches to any standard scaffolding or pipes and robotically moves along it to deliver powerful Hydrodemolition forces to remove material.

The system exerts an impressive 225 lbf (1,000 N) of reaction force, as much as four times greater than a human operator with a hand lance. This means the machine can effectively clean and remove concrete, rubber coatings, paint, rust, plastic, and other materials as well as roughen surfaces for better bonding faster than traditional methods, making it ideal for resurfacing applications in tanks, reservoirs, and other containers.

Hydrodemolition robots, such as the Ergo System, consistently remove decayed concrete and built-up materials to a preset depth. Alternatively, a hand lance will likely leave inconsistent depths due to operator inefficiencies and inaccuracies. This means contractors may have to do another pass to completely remove materials or risk damaging underlying surfaces by being too aggressive.

Contractors can easily move the 271-lb (123kg) Ergo Controller unit around the facility or worksite and over soft or rough surfaces, due to the wide wheels and low ground pressure. At just 44 in (11.7cm) tall and 17 in (43.2cm) wide, the Ergo Controller transports easily on a pallet. Additionally, the system is service friendly with hydraulic hose multi connectors that are 100% sealed from moisture to virtually eliminate the risk of leaks during transportation. 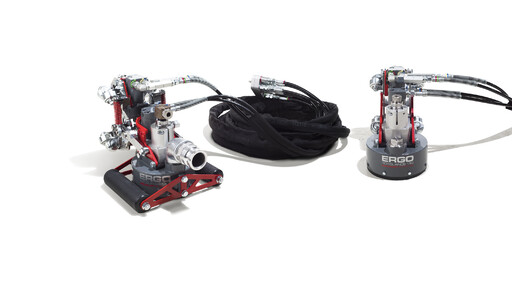