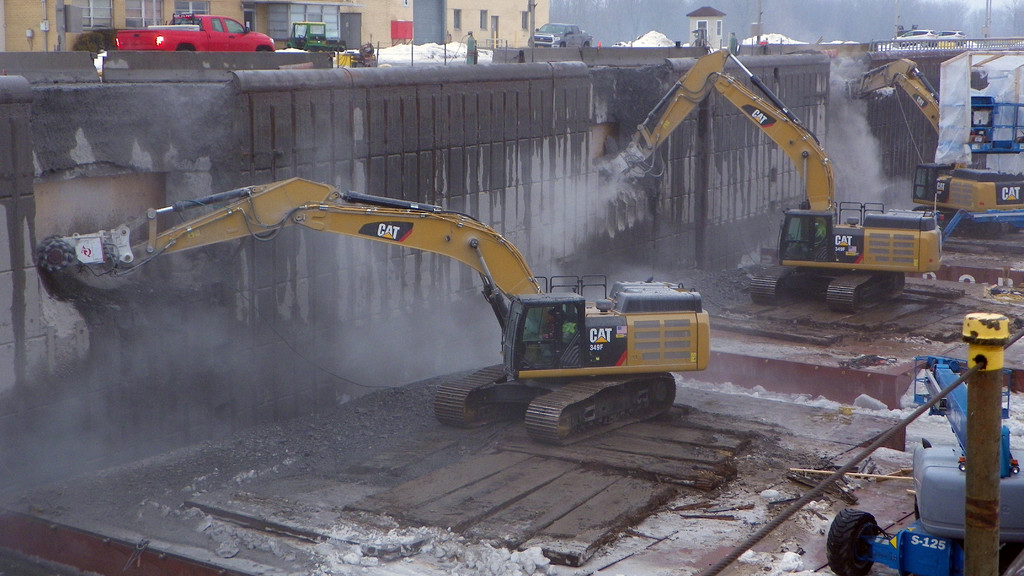 A Tool For Drumming Up the Business

Compact and powerful all-rounders, rotary drum cutters keep winning the hearts and minds of demolition industry players. According to excavator attachment manufacturers, demand for drum cutters has been on the rise for the past few years, current restrictions and challenges notwithstanding. And, as will be evident from this feature, their range of applications is constantly expanding.

US-based attachment specialist Antraquip recently supplied three of its powerful AQ-5 drum cutters to one of the company’s longstanding customers New York. The task involved controlled demolition of a concrete wall within a lock on a critical waterway so that shipping traffic could resume as quickly as possible. Mounted on three Cat 349 excavators positioned on barges, the AQ-5 would grind the concrete back up to a depth of up to 3 ft (1m). The concrete was not a weathered type commonly seen on lock and dam rehabilitation jobs, but instead had a hardness of 55MPa with steel reinforcement inside.

The project required the machines to operate around the clock, despite brutal weather conditions with temperatures dropping to as low as -30° F (-34° C). As the machines worked their way down, the water level was dropped in order to access the deeper areas of the lock. Despite all these challenges, the entire job was completed in less than a month.

The use of Antraquip drum cutters proved the ideal option for a project like this, as the machines provided the combination of high productivity and precision while eliminating the possibility of overbreaking or microfracturing that could damage the lock walls’ integrity. Designed to withstand extreme rock conditions and maximise production output, Antraquip drum cutters are manufactured at the company’s newly expanded factory in Hagerstown, Md. Key features include mechanical rotation (standard) or hydraulic rotation (optional), adjustable hydraulic motor displacements, a dust suppression system, and customizable drum options for various applications. Antraquip drum cutters fit carriers ranging in operating weight from 1t up to over 100t.

Just outside the German city of Dortmund, excavation firm Graf Rohrleitungs-und Tiefbau GmbH, led by supervisor Frank Schöne, used a Rockwheel G5 Twin unit to cut through 20 ft (6m) of soil and 23 ft (7m ) of hard rock in order to relocate an 110kV cable. The original plan involved breaking up the hard rock in the trench using a hydraulic breaker.

To make the trench, Schöne attached the Rockwheel G5 Twin to a 5t Kubota base machine. However, when the team got started, they realized that the Rockwheel was capable of cutting through the 80MPa rock, thus eliminating any need for the breaker. What’s more, the removed material made perfect refill gravel once the work had been complete. The contractor started out by digging an 830-ft2 (77 m2) pit, shored with soldier pile walls to prevent soil collapses and landslides. The pit needed to be 43-ft (13m) deep to accommodate a micro tunnel boring machine which would make its way below a major highway. Excavation work proceeded smoothly until the team hit the hard rock, but fortunately the Rockwheel G5 Twin cutter took this in its stride.

“Incredible what this little machine can do,” says Schöne, who has a lot of experience with hydraulic cutting units. “The Rockwheel wasn’t just useful for the earthworks. I was able to put it straight back to work in four other projects.” Those included asphalt cutting, wall demolition, cutting of blast furnace slag to reuse it as a road filling material, and crushing of reinforced concrete.

Having been operating on the global market since 2013, Rokla today offers a range of drum cutters under the brand name ‘Rockwheel’, which includes 24 models fitting 1t to 125t excavators. In 2019, Rokla took over the crusher and screening bucket specialist Hartl to further expand its product offering. Following the acquisition, Rokla has created an umbrella brand with all product groups - Rockwheel, Rockcrusher and Rockscreener - now united under the single Rockzone brand.

Brodarica is a small cozy village on the Adriatic Sea coast in Croatia. A perfect getaway destination, it is all about tranquility and relaxation. So when a need arose to replace the village’s water mains, the area’s peace and quiet was in jeopardy. To complicate matters further, the villas and private houses were separated by paths which were just 6ft (2m) wide, with barely any room for machinery to maneuver. Hammering the road surface with a hydraulic breaker proved unfeasible due to the vibrations that it caused and the presence of other pipes.

To save the day, a MB-R500 drum cutter from Italy based attachment specialist MB Crusher was called in. Mounted on a 9t Takeuchi TB-290-2 excavator, the drum cutter easily ground through the hard limestone. The MB-R500 is the smallest model in the manufacturer’s line up, having an operating weight of only 660 lb (300kg and a drum diameter of 11.8 in (500mm). Like other models in the range, it can be supplied with various accessories. For jobs in enclosed spaces and busy motorways, the use of a drum cover kit is recommended to reduce dust emission and to contain flying debris. If milling to a certain depth is specified, then the cutting depth adjustment kit is the recommended accessory to use.

Built back in 1925, the flow control lock at the village of Viereth am Main in Germany became due for renovation in the mid-2010s. When breakdowns became more frequent due to corrosion and wear of the structure’s toothed racks, rims, and wheels, a major modernization project was launched in 2014.

To minimize disruption to water transportation and to maintain a degree of control over the river flow, it was decided to renovate the two weir sections one by one to accommodate the new lifting mechanisms. The gated weir’s construction featured three 55.7-ft (17m) high pillars built in the 1920s from a relatively fragile, mostly unreinforced concrete. In 1994, a surface layer was removed and replaced with a mixture of sprayed concrete and mortar. The renovation contract specified that the removal of this outer layer had to be carried out as carefully as possible to avoid any damage to the existing concrete structure. That left grinding or high-pressure water jets as the only viable options.

Contractor Johann Bunte Bauunternehmung GmbH & Co. KG decided that a Kemroc KR 120 rotary drum cutter mounted on a 35t excavator would be a perfect tool for the job. “We decided to go with the drum cutter and excavator option,” explains site manager Christoph Karsch. “The use of high-pressure water jets would have been considerably more expensive and would have required extensive protection from flying material. In addition, we were able to carry out more work further down at the base of the pier with the drum cutter and progress promised to be quicker.”

It took the German contractor 24 days in April 2020 to complete the job. “The drum cutter was perfect in terms of performance, precision and smooth cutting action,” says Karsch. The cutter met little resistance in the plain concrete. We only saw any significant wear in some lightly reinforced areas and on the granite pillar bases.”

The TF double drum cutters from Italian trendsetter Simex features direct drive technology that ensures high torque and high performance of the attachments. Hydraulic power is transmitted directly to the drums while the shaft is free from load thanks to the double support bearings for each drum. The direct drive piston motor has no lubrication points and needs no regular maintenance. Hydraulic lines are equipped with a double security filter system, which preserves the excavator and the attachment from contamination, while the mechanical seals on drums protect from external agents, even when the attachment is submerged in water or muddy ground.

A reduced distance between the drums enhances the total working width. The two sides of the frame have a symmetrical shape to prevent rocks and stones from getting stuck between the drums and the frame. Simex TF cutters are suitable for a wide range of applications including profiling of rock and concrete walls, tunnelling, quarrying, demolition, trenching and finishing jobs. Low noise and vibration levels allow for operation in sensitive areas such as urban centers, bridges, or tunnels. The drum cutters are particularly useful in quarrying as on the one hand, they perform selective breaking of rock mass while ensuring the stability of the pit walls. They also increase profitability by producing crushed material that often does not require any further volumetric reduction.

Demarec’s KDC series of drum cutters consists of nine models fitting 2t to 60t carriers. Driven by high torque motors, the KDC cutters come equipped with robust spur gearing and gear reduction capability to increase the cutting force. The availability of various drum and pick choices ensures high performances in the harshest environments. A heavy-duty sealing system makes it possible to use the attachments underwater at a depth of up to 82 ft (25m). The KDC series is available as standard with three drum and four pick options. 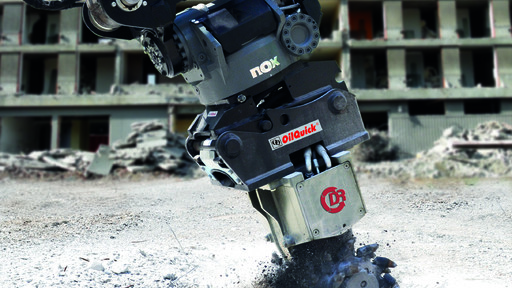 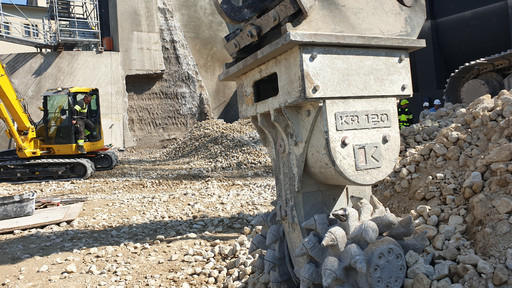 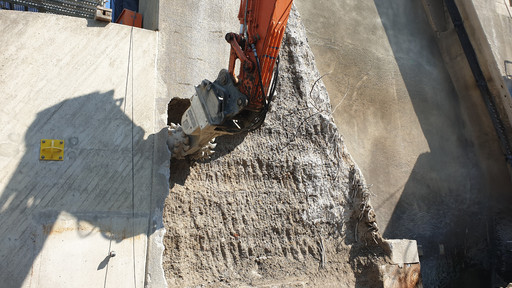 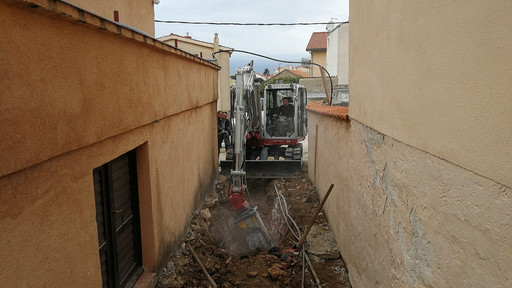 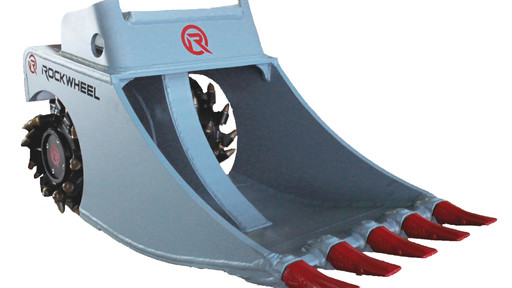 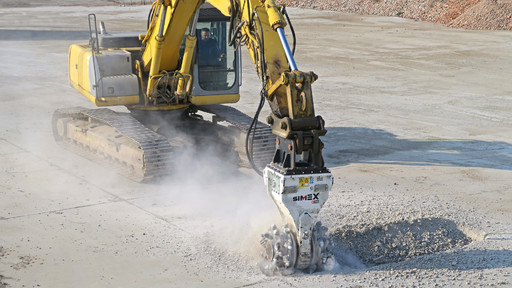 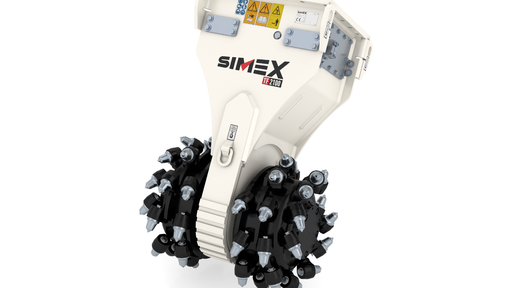