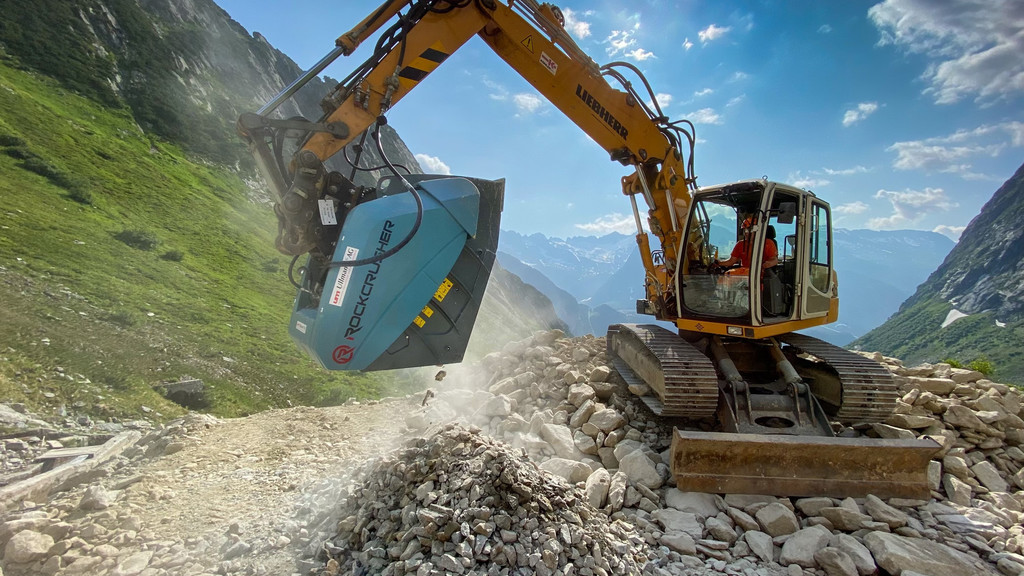 A BucketLOAD of Value

Crusher and screening buckets are the kind of tools that quite literally turn waste into profit. Powerful and versatile attachments, they can be fitted on a carrier of any kind - excavator, loader, or even telehandler - to process a wide variety of materials from construction and demolition waste to topsoil, turf, roots, and compost. PDa’s Andrei Bushmarin presents the latest news from this fast-developing sector.

Let’s crush and screen in the Rock.Zone!

A rebranding from Rkla to Rock.Zone hasn’t stopped the company from upgraded its portfolio of crushing and screening attachments. The Rockcrusher crusher bucket range currently includes four models that fit 12t to 35t carriers. Thanks to Quattro Movement crushing technology, the buckets produce a consistent cube-shaped end-product, which is immediately ready for re-use as aggregate. Other benefits include reduced wear on the jaw plates and the ability to crush round shaped materials such as river rocks and pebbles. The reverse function allows jammed material to be ejected at the flick of a switch. New options include cover protection, a set of hand tools, bucket nose extension and longer hoses—8 ft (2.5m) instead of the regular 6 ft (2m).

The five-model Rockscreener series of screening buckets serve 9t to 39t machines. The Rockscreeners are said to have major advantages over competition—the XXL hopper volume allows large quantities to be processed in one step, the XXL drum has a honeycomb structure for improved uniform screening, and a maintenance free extra-large gearbox.

No job is too difficult for Simex screeners

Simex has upgraded its VSE screening buckets, available in four models for 8t to 45t excavators, with a new FIT screening tool system. FIT is composed of five independent parts designed to easily interlock with each other. They are easily replaceable without the need for removing the shafts, which leads to reduction in maintenance costs of up to 75%, as it is now possible to replace just one single disc or blade. The system allows multiple configurations depending on the material being screened. Simex provides users with three basic set ups, but more options are possible thanks to fully interchangeable screening elements.

A few examples of the new system in action include a VSE 30 screening bucket being used in Italy for the separation and recovery of materials following the demolition of a private home. The bucket separated the 1.5- to 4-in (40- to 100mm) material from the finer particulates while sifting away debris and soil. The VSE 30 was equipped with the FIT disaggregation tool, featuring a central blade, which also does some crushing of the concrete during the screening. In the UK, an operator cleaned tons of topsoil from stones and gravel for landscaping purposes using a VSE 30 bucket. The final product was a fine size aggregate ready to be transported and reused. Coarse aggregates larger than 2.1 in (55mm) were used directly onsite.

At another Italian jobsite, a VSE 30 carried out a land remediation project around a construction site by selecting and separating soil from demolition waste. Sifting soil from stones, roots and debris made it possible to quickly restore the green area while reusing 100% of the material present onsite. Despite high soil humidity caused by intense rains in the days prior to the job, the production rate was still impressive, reaching up to 883 ft3 (25m3) per hour.

Purpose-built for material handling, telehandlers are often a machine of choice for jobs in tight urban areas. Their telescopic boom can be used as an access platform or a mini crane to lift and move around various materials. The four-model MB-L series of crusher buckets from MB Crusher effectively transforms a telehandler into a jaw crusher. Telehandlers can also play the role of a screener when equipped with a new MB-HDS shaft screening bucket.

The biggest advantage of the MB-HDS attachment is that the rotating shafts can be changed onsite. Another winning combination is a telehandler equipped with a MB-LS rotary bucket for fast and efficient screening. 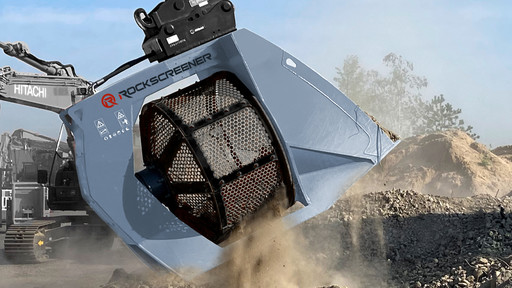 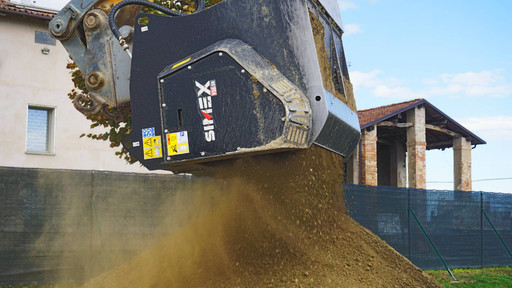