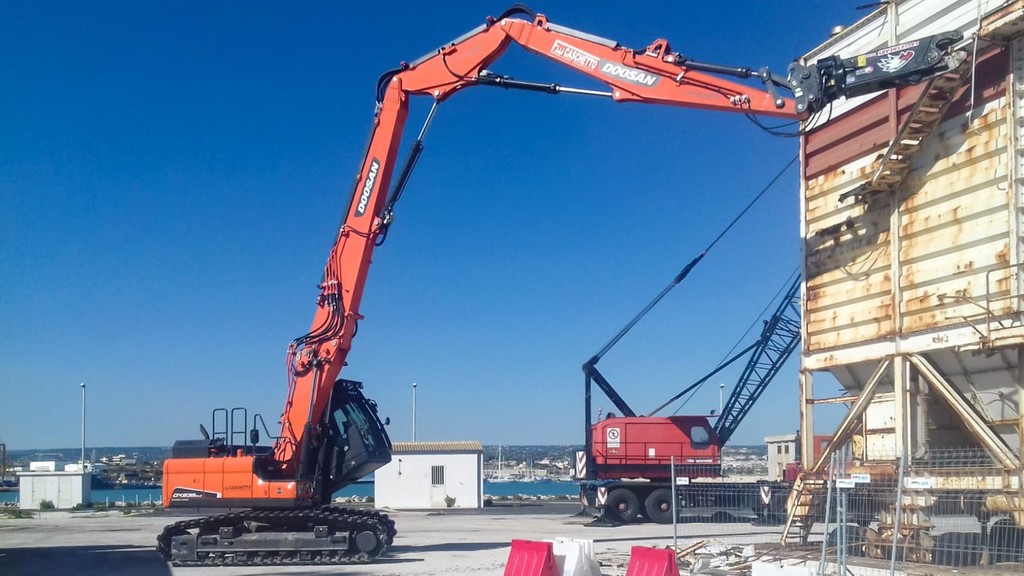 A Battlefield Report On HEAVY HITTERS

With the Covid-19 pandemic rewriting the rules of everyday life almost on a daily basis, news gets old very quickly. The world as we used to know it seems to have ended, and we all have to deal with a new reality now...at least until the next one arrives. It’s a global war, with every nation fighting a common invisible enemy. Fortunately, not even a war can stop progress.

The Cat 352 UHD ultra-high demolition excavator is specifically designed for the demolition of tall structures. The UHD front can be switched for a straight or bent (retrofit) boom position for regular demolition and earthmoving applications in just 15 minutes, with no special tools required. The 352 UHD features a variable-gauge undercarriage and the Cat Active Stability Monitoring system, which continuously informs the operator of the tool’s position. In the UHD configuration, the excavator has a vertical reach of 92 ft (28m) and a horizontal reach of 52 ft (15.8m) when operating a 3.7t attachment. Equipped with a longer stick and a 109ft3 (3.08m3) bucket, the 352 UHD has a digging depth of 22 ft (6.67m) and a maximum reach at ground level of 39 ft (11.88m). The machine is powered by a 408hp (304 kW) Cat C13 engine that meets the EU Stage V/U.S. EPA Tier 4 Final emissions standards. The C13 is also capable of operating on biodiesel up to B20. Three power modes permit the driver to match excavator performance to the task at hand. When using the retrofit boom, the 352 UHD can benefit from the Cat GRADE with 2D grade control system, swing e-fencing and the Cat Payload on-board weighing system. The payload system can be used with VisionLink® (online telematics interface) to remotely manage production targets via the machine’s Product Link™ (telematics system). The cab features a falling objects guard structure and includes front and roof laminated glass with a P5A impact rating. The cab can tilt up 30 degrees for optimum visibility. The windshield and roof glass come with one-piece parallel wipers with three intermittent settings with washer spray.

Doosan has launched the DX235DM - a precursor of the company’s new range of high-reach demolition excavators. Offering a 30-degree tilting angle and excellent visibility, the new machine is particularly suited to high-reach demolition tasks. The excavator’s highlights are a modular boom design and hydraulic lock mechanism on the machine. This allows operators to use the machine for other applications as well as demolition. Thanks to the innovative design, switching between a demolition boom and an earthmoving boom is fast and simple. A special stand is provided to facilitate the boom changing operation. A cylinder-based system helps push the locking pins into place. The multi-boom design also allows the earthmoving boom to be mounted in two different ways. Equipped with a 59-ft (18m) demolition boom, the DX235DM reaches a maximum height of 52.5 ft (16m). With the digging boom in the straight configuration, the DX235DM can work to a maximum height of 29.5 ft (9m). The machine has a hydraulically adjustable undercarriage, which extends to a maximum width of 12.3 ft (3.74m) for excellent stability on demolition sites.

Rusch is back with a bang!

Rusch, a Netherlands-based expert in crane boom repair and renowned excavator modifier, is back in the demolition game with its bespoke solutions. Rusch’s latest innovation was the RS 7500 Quatro machine built around a Hitachi 1900 excavator a few years ago. Ferma, a US-based specialist demolition contractor, supplied the base machine whose track lengths had been pre-modified according to Rusch’s specifications. Following that the Rusch engineers designed the complete ‘Quatro’ boom with retrofit boom and subframe to fit the base machine. Originally intended for underwater operation, the RS 7500 had a reach of 92 ft (28m) with a 15t tool, 62.6 ft (20m) with a 25t tool. In the high-reach mode, this giant reached 137.8 ft (42m) and 105 ft (32m) with 15t and 25t attachment respectively. All boom sections fitted on a flat rack for easy and inexpensive transportation. The excavator’s control system was also developed and installed by the Dutch company at the contractor’s headquarters near San Francisco. The control system was interlocked with Rusch’s in-house safety system that safeguarded the excavator against overturning. The customized machine debuted with the demolition of a bridge foundation in Los Angeles.

ATLAS sets a new standard in safety with its 1604ZWblue model

Germany-based ATLAS GmbH, a manufacturer of cranes and excavators with a century-long track record, has launched a new railroad excavator, which is said to set a new standard in the operator’s safety and comfort. The new 1604ZWblue model boasts a redesigned rigid axle with automatic switchable axle locks, a special feature that results in improved safety and operational flexibility. The excavator’s rear axle can be fully locked utilizing an automatic differential lock system in the rail operation mode. When the rear axle is automatically locked by the switchable differential system, the load distribution is balanced on both sides of the machine. The operational benefit is particularly evident when working “on transverse” tracks, because traction under load can be handled much more accurately and therefore with a much greater level of safety. In addition, the new ATLAS railroad excavators can drive over larger track twists in friction drive operation without the excavator losing traction. 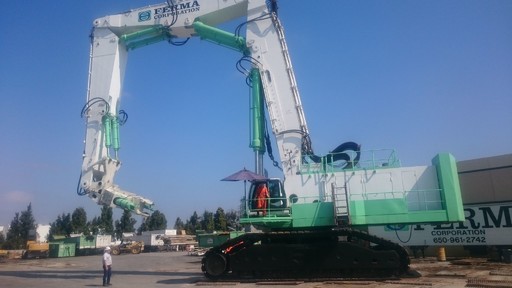 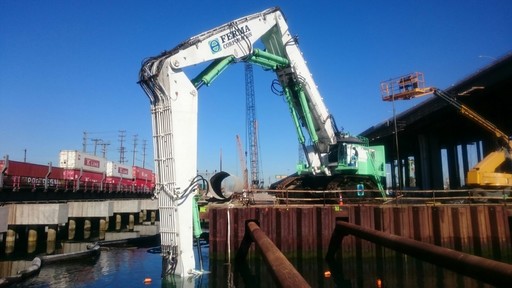 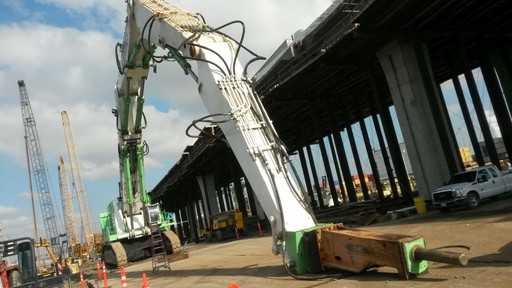 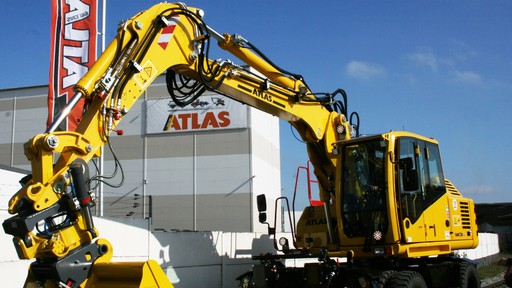 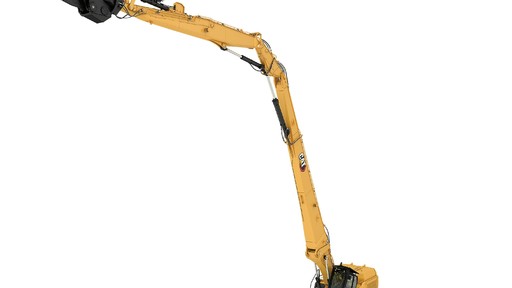 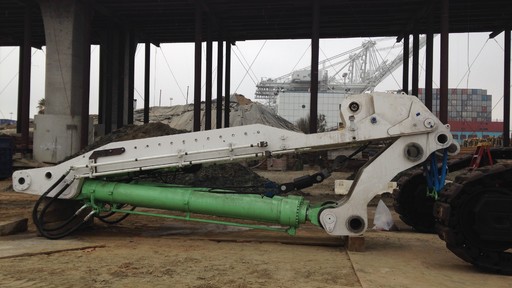