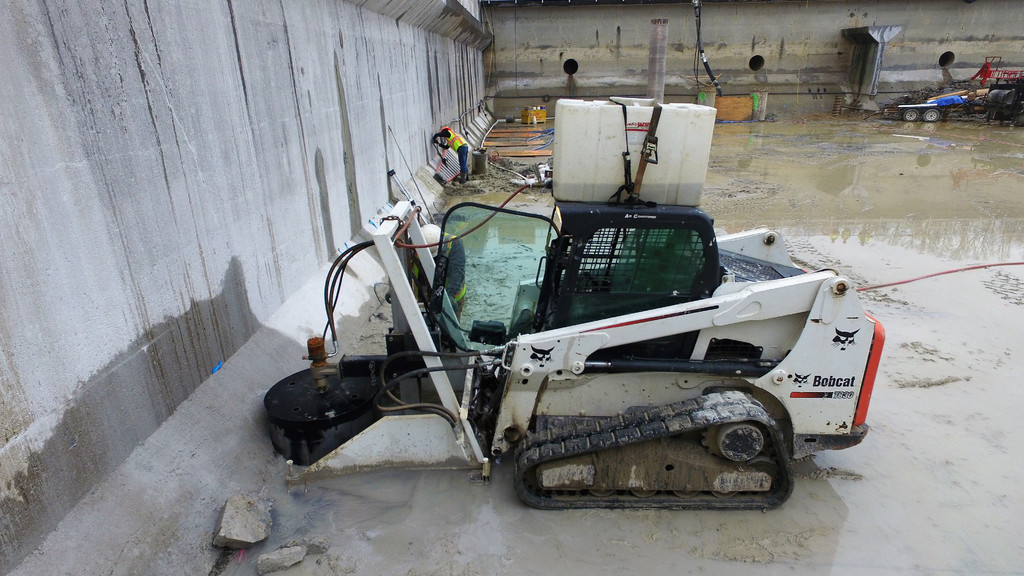 Have you ever struggled with a problem and thought, “there has to be a better way”? Matt Hephner did. What’s more, he decided to do something about it, resulting in an innovative concrete saw attachment especially designed for use with skid steers.

Hephner, a concrete cutter for more than 35 years, co-owns the Knoxville, Tenn., sawing and drilling company, Cuts, Inc., with his son, Matthew. Several years ago, he was preparing for a large job requiring multiple cuts through 15-inch thick sloped concrete slabs in a short amount of time. Though the challenge was certainly enticing, the requirements to tackle it—five crews with wall saws—didn’t add up. A search for attachment alternatives also came up empty. Rather than simply pass on the job, the Hephners put their heads together and fashioned a prototype hydraulically powered diamond saw attachment that could be used with a skidsteer.

“The idea was to have the mobility to move quickly from one cut to the next eliminating the set-up time associated with wall sawing equipment, but also be efficient and simple to operate,” Matt Hephner explains.

The Hephners put their saw to work and got the speed, cost, and quality results they and the customer were looking for. Realizing the attachment’s potential applications, they used experiences of subsequent jobs to refine the design, such as incorporating an anti-cavitation feature to protect the hydraulic motor, adjustable flow and pressure to adjust the blade’s downward speed and force.

“We also added hydraulic pressure valving to protect motor in case of blade jams,” Hephner adds. “All these items together allowed us to receive the first patent for this type tool.”

Before long, the Hephners found themselves fielding calls from other contractors asking if they too could get one of these remarkable attachments. And a new business—Skid Steer Saw—was born.

Available in three models—SS2600, SS3600, and SS4200—Skid Steer saws can accommodate all sizes of diamond blades to make cuts up to 18 in deep, while custom builds can go as deep as 20 in. Most customers use the attachment for cutting asphalt and concrete roads and highways, but Hephner reports that the range of applications has grown to include cutting stone, concrete panels, sewer and drainage pipes, fiberglass panels, and aluminum. And because the saw attachment is operated by a skid steer, it can be used virtually anywhere.

The fame of Cuts, Inc. and its skid steer saws has extended far beyond the mountains of east Tennessee. Avionics Limited, a Sydney, Australia-based airfield lighting specialist, found the saw attachment particularly helpful in carrying out an upgrade to Melbourne Airport’s airfield lighting system. The work involved 3,000 light fitting locations and nearly 115,000 ft (35,000m) of slot cutting, ranging in size from .5x1.2 in (15x30 mm) to 1.4x1.2 in (35x30mm). After finding only three suitable sawing options, Avionics chose Cuts, Inc.

“The company has developed the saw with a contracting background,” explains Avionics construction manager Shane Webb. “Matt and his team understand the complexities of saw cutting and have been able to incorporate this understanding into their design. The initial video of their road saw demonstrated an easy to operate, safe and versatile attachment that had four wheels in contact with the ground. The attachment has exceeded our expectations and our dealings with Matt and the team at Cuts Inc has been both professional and friendly.”

Recently, the Hephners were able to demonstrate the skid steer saw’s ruggedness in a U.S. Air Force demonstration project aimed at finding ways to expedite repairs to damaged airfields anywhere in the world. Conducted at Tyndall Air Force Base in Florida, a 1,100-lb SS4200] matched with a Caterpillar 2890D was pitted against several other sawing tools to cut through the test area’s18-in thick, 9,000-psi concrete slabs.

“The machines were evaluated based on weight, size, and speed,” Hephner explains. “Though we were slightly faster than the other models, our low weight and compact size really set us apart.”

Cuts, Inc., has also developed a sawing attachment for excavator arms that can be used with up to 48-in diameter blades. Skid steer-compatible attachments for coring applications on land and underwater are also being developed as well.

“We’re contractors ourselves, so we know there’ll always be jobs with different challenges,” Hephner says. “But it’s also important to be as efficient and profitable, which is why we want to make attachments that not only provide useful additions to our customers’ tool arsenal, but also give them a lot of versatility and value as well.” 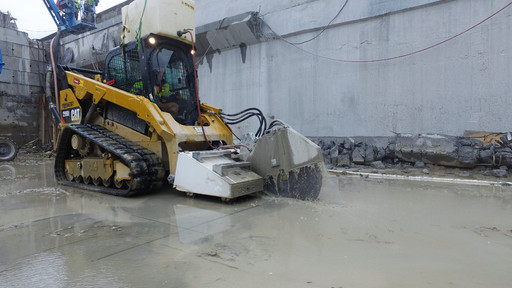 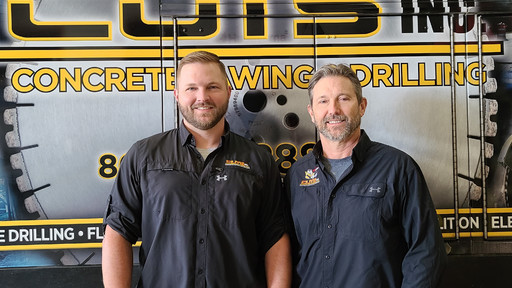 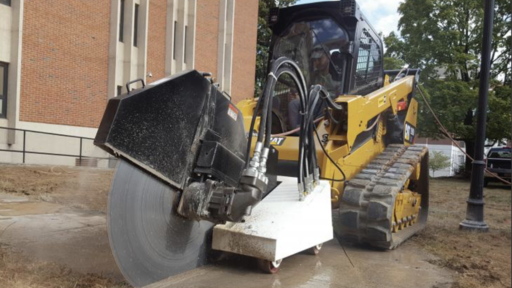 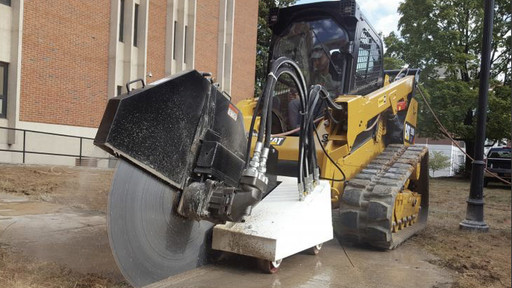